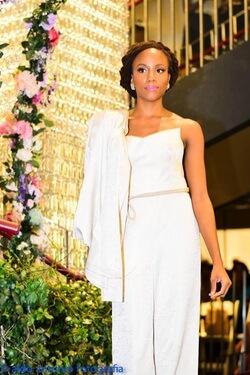 Presenter: Katherine Lodge
Guest: Dawnn Karen
Guest Bio: Dawnn is officially the first fashion psychologist in the United States and one of three in the world. Dawnn has a double master’s graduate degree from Columbia University’s counselling psychology program and is a former model and designer.

Segment Overview
Dawnn talks about fashion psychology and bridging the gap between perception and reality.

Katherine Lodge: Thank you for listening to Health Professional Radio. I’m Katherine, and my guest today is Dawnn Karen. Dawnn is officially the first fashion psychologist in the United States and one of three in the world. Dawnn has a double master’s graduate degree from Columbia University’s counselling psychology program and is a former model and designer. Today she joins us to talk about fashion psychology and bridging the gap between perception and reality. Welcome to our show, Dawnn.

Dawnn Karen: Hi, thank you for having me.

Katherine: Now, you have been part of the fashion industry for a while doing both design and modelling.  What made you want to transition into counselling?

Dawnn: Well, I would attend various fashion shows, you know modelling, walking down the runway, and periodically I would have people approaching me, and it was that just they recognised my beauty and they didn’t recognise my brains.  And being that I went to one of the top universities in the US, it bothered me just to have people acknowledge my beauty and not my brain.

I figured that if that perception and reality component that I used in my business … so the perception is that I’m some model, I don’t know much, maybe I’m an airhead, and I’m really pretty or something.  So I just wanted people to know that you can be beautiful and have brains.  You can have intelligence.  That was why I kind of segued from modelling into fashion psychology.

Katherine: Right.  And can you tell us about your business and some of the services that you provide?

Dawnn: Okay.  Well, the name of my business is Fashion Psychology Success.  The services that I offer are counselling, styling, designing, and branding.  I offer them all together as a full package.

Katherine: I see.  And I understand that you’ve got clients from all around the world, from all walks of life.  Some are politicians and CEOs of businesses, entertainers, and also regular men and women that want to improve their image.  Is this correct?

Katherine: And can you tell us maybe an example of some of the people that you’ve worked with?

Dawnn: Okay.  Well, I’ve worked with the CEO of a perfume company here in downtown New York City, and he was a very frumpy guy, very short, kind of socially awkward, but he was a terrific businessman, very successful.  And he just had some insecurities.  If you walked into his shop or his perfume store, you wouldn’t know that he was the CEO or that he drived a Cayenne Porsche.  You wouldn’t know.

His clothing and his body language, how he presented himself to the world, it wasn’t as powerful as you would think.   So basically, I counselled him for quite some time.   So the services are all dependent upon the client’s needs, whatever issues that they have, and so I counselled him for a couple of weeks, and then I worked on the styling.  One of his favourite colours were purple when he was a child.  Purple is the colour of royalty, so I tapped into that.

He wants to feel very powerful.  He wants to feel like the king of his perfume company.  He is short, as I stated, so I had to design a suit collection for his body type.  And although the suit wasn’t purple … some of the suits were purple, but the first two that we created was a bluish tint.  One of the first statements that he said when I put him in the suit was, “Dawnn Karen, I feel weird.”  So it took him a minute.  You could see himself, his reflection.  He could see himself.

It didn’t feel like him.  It felt like he was looking at someone else.  And so I had to counsel him some more, and as I said, the last service that I offer is the branding.  So going, taking him to various events with the suit on, just bringing him out into the everyday world and letting him feel that surge of confidence, that surge of royalty.  Basically, that’s just an example of a client that I’ve worked with.

Katherine: Interesting.  I’m glad you brought that up, because I wanted to ask you.  How can people get the balance of their own personal style without being a fashion victim?  Do you know what I mean?  A lot of people look to magazines or what’s in the media for fashion inspiration, what’s in at the moment.  And maybe they just go out and buy what’s in season just to seem fashion-forward or up with the times.  How can they incorporate their personal style?

Dawnn: Well, I’m not a big proponent of keeping up with the times because trends go in and out.  But I do think that you can have some trendy pieces.  But when you buy things, buy things based off how they make you feel inside.  If you feel … if you wear sweats and you feel really bummy and that’s how you want to feel, you can sure enough buy that.  But you should buy things based on how they make you feel, that’s the psychology behind it, and how you would like to feel.

Katherine: Sure.  Yeah, yeah.  That sounds like a very good balance.  Now, I wanted to ask you about the rise of selfies and lots of people that are blogging daily about their outfits and hash tags on twitter for outfit of the day.  There are some everyday people becoming, I guess, tastemakers with large followings on Instagram, YouTube videos, things like that.  What is it about people, do you think …?

I guess a lot of people have views on this.  Some say it’s narcissistic, other people find it a platform to share.  But it’s such a rise in showing people beyond your friendship group your fashion sense, I guess.  What do you think about this trend of daily blogging and selfies?

Dawnn: Well, I think it’s a form of artistic expression.  As I do with Facebook, when we create statuses and people tend to over share, I think it’s very cathartic.  If you’re feeling sad, “Okay, I’m going take a selfie and get like 10 likes or 50 million likes,” and it’s going to make you feel good.  So I think there’s a form of expression, it’s a cathartic release.  There is a need for something, a need for validation.  Perhaps someone is lonely, and let’s say their reality, their present reality … but in their social reality, social media reality, they have millions of friends.

So it could be a form of connecting with the outside world.  Also, the fashion sense, it’s very artistic, and you never know who is following you on these platforms and what opportunities it can lead to.  And it’s just … people internationally are connecting with people that they would never even dream of connecting with, just through the heart, the tap, the double tap on the Instagram picture.  I think it’s very … I wouldn’t say that it’s narcissistic.  I would say it’s a form of expressing oneself, because there is a need for validation.  Yeah.

Katherine: That’s a really interesting answer, and I definitely see where you’re coming from.  Now, for those of you that would like to know more about Dawnn Karen’s business, you can go to fashionpsychologysuccess.com.  Thank you so much for your time today.

Dawnn: Thank you, Katherine.  Thanks for having me.