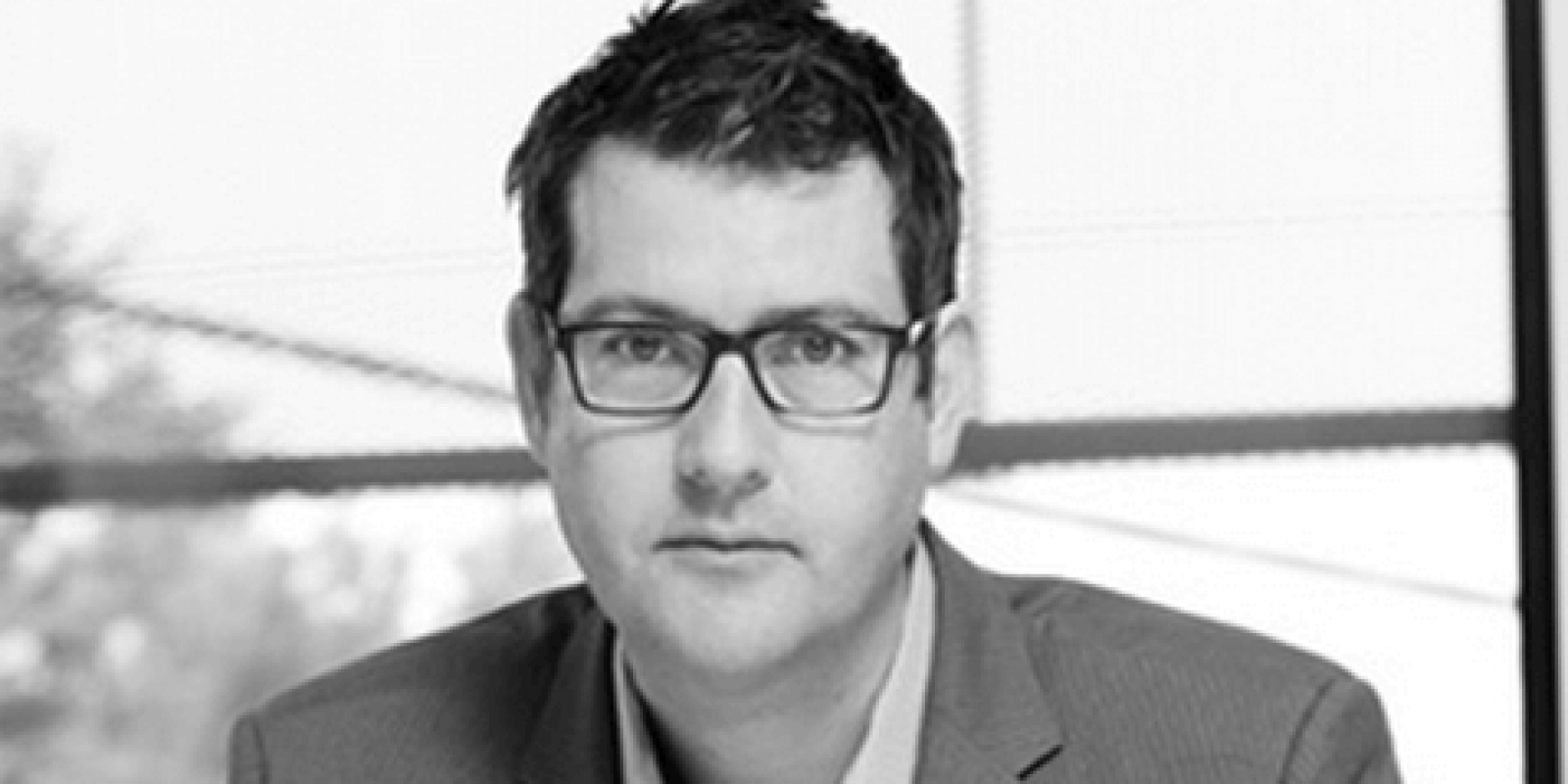 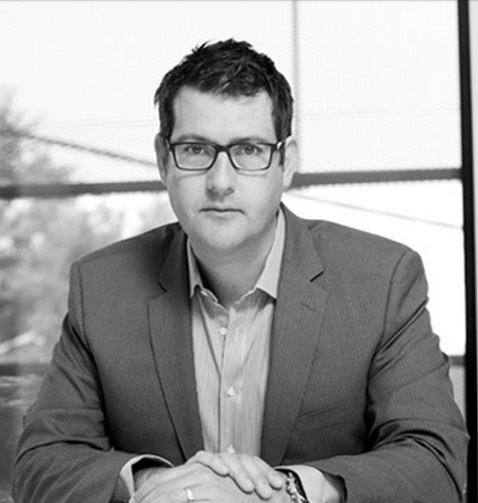 Segment overview: Grey Innovation is an Australian based technology commercialisation company with a strong track record of identifying and commercialising breakthrough technologies. Grey Innovation has the in-house capability to take technology from research, through product development and certification, into clinical trials and production.

Wayne Bucklar: You’re listening to Health Professional Radio, my name is Wayne Bucklar. Today my guest is Jefferson Harcourt director of Grey Innovation who joins us from Melbourne, Australia. Jefferson, good morning to you.

W: Now Jefferson, I’m a little confused about your firm so tell us first of all, what are your products and services and what are footprint do you service geographically?

J: Certainly, okay. So Grey began life as an engineering consultancy and we’re a group of engineers based in Melbourne who were developing products for the automotive and the consumer industries. So our clients included Robert Bosch, Hewlett-Packard and other types of multinationals. We in recent times have moved that model away to one where we in license technology from universities, hospitals, CSI role and other research institutions, we then raised the capital to commercialize that technology and bring our engineering team into to do that work in productizing that research so our clients these days are really are spinout companies and we can point to a list of startup companies we’ve worked with over the years in the consulting days as well who we’ve built the technology for.

W: It does sound like an exciting model. As you probably are aware, most of our audiences are health professionals usually working in the hospitals. What are some examples of projects that you’ve done would resonate with them?

J: Well one of the most exciting one right now is “Firefly” health which is a non-invasive system for measuring night time hypoglycemia in type 1 diabetes. And night time hypos are a major problem specially type 1 diabetics and they kill 70% of type I children, it’s a huge Issue. That technology came out at Royal Adelaide Hospital and this is a classic example where the researchers in the hospital are they’re at the … phase, so they can see the need of this particular endocrinologist did that 10 years of research around a way to measure this night time hypos non-invasively. And we’re able to then acquire the rights to commercialize that, that happened about 2 years ago, we raises a little bit of graph money we developed a device as a proof of concept system and run series of clinical trials and we’re able to demonstrate efficacy and following that we span out firefly health raise to two series of capital raises since then developed the device. We’re now in clinical trials in 3 hospitals around Australia, looking to be in market early 2015, oh sorry 2016. And it’s just this groundbreaking technology that was initiated by a clever researcher working with patients in a hospital – a practicing clinical researcher.

W: What a great story, and how great to see research being given some funding and some legs to actually get it into the field?

J: Yes, absolutely. And of course not just for research getting funding but crucially the ability to commercialize that research so engineering and research very much go hand in hand and you know there is a lot of talk about research like in funding and that’s a fairly sensible discussion but we do spend nine and a half billion dollars in this country funding research. We spend 100 Million so that one 1% of that funding to commercialization of that research. And so that ratio clearly is a bit crazy.

W: And I guess we see the results of that in so much of the research going offshore to be commercialized?

J: That’s right. We work it’s on the shelf and really it doesn’t go anywhere. So it’s a long journey between research that comes out of the universities and hospital ads, it’s actually a long way before a company can pick that up or big company can pick that up and do something with it. So we sit in that middle band as a translator getting research and combining that research with other elements of IP, remember there is 240 patents in an iPhone so 1 bit of IP is never enough. So we put all of this IP together including a lot of our own platform technology, we raise the capital to translate this IP into a real product that we can put through clinical trials and into production, get that into revenue and prove that people want the technology and that the technology works. And then we can attract the interest of big business to sell that on and get it out to the world where it can really help people beause there’s no point researching something if you don’t commercialize it. It won’t save any lives if it’s not a commercial outcome at the end.

W: That’s very true. Are you only in the health industry or are you in other sectors as well?

J: Healthcare and medical devices are our major focus. We do have some activity in defense and when I say defense, I’m talking about explosive detection so all good things. We don’t want to do anything that hurts anyone. And we have also an interest in some environmental technology.

W: Right, it does sound like a suite of corporate interest that would absolutely sit well in most boardrooms as far as the ethical establishment goes.

W: If you were talking to clinicians now about your products and services, what is you’d like them to know?

J: I think the most important point is that the successes that we had have been based on discussion that happen at the early stage. So really over coffee talking through what people are doing and from that point we can look at where there are opportunities to combine what we’re doing and also perhaps some of the other groups who we’re working with, all coming together to achieve an outcome. Things are getting very sophisticated these days in terms of the technology and what people are used to. So you tend to need quite a few groups involved to really make something happen, which is globally competitive as a business and a product. So the old model of research is working in the lab and then imparting that IP up to the university tech transfer office. And it has a lot of vision associated with it, we’re really trying to get in very much at the start of that research while it’s an idea even the research being an idea. In that way we can help plan together that research agenda. We can look at what grants we can apply for together and the ARC and NHMRC targeting researchers to collaborate with industry and we certainly like doing that. So means that we’re running the research and the commercialization agenda in parallel, that means the research team is there.

W: You’re listening to Health Professional Radio with Wayne Bucklar. I’m talking this morning with Jefferson Harcourt, director of Grey Innovation. Jefferson’s just been talking to me about the necessity for researchers to engage commercialization partners very early in the process. Jefferson, is that something that researchers need to actively do? Should they be seeking you out or do you have other process as for identifying potential research?

J: Certainly, seeking partners out from both sides is a good idea. There’s not really a particularly good formal way to do that. So we are looking to find interesting researches and we certainly like it when people find us when they’ve got some interesting things going on. And you never know where these conversations lead, we just span out a company called “Tali Health” which again we’re very proud of. It’s an amazing technology that came out of the school psychology at Monash University and it’s a system whereby we can position the kids on the autism spectrum. We actually put the children for a series of activities over the tablet, they interact to the game. We take that data, put it through a very big algorithm and we can generate a report that places them on that spectrum – high functioning, low functioning, autism and so on. That’s an incredibly useful tool and we’ve just span that company out. And the whole thing started out over a glass of wine in the staff café where the head of school of psychology. So you know, you just never know.

W: I do think starting things over a glass of wine is an excellent way to do business myself.

W: So Jefferson, how long does this process take? If you take for instance that autism tool that you’re talking about, what length of time is it from a glass of wine and to the commercialized product?

J: Well if you time it in sync with the grant program with this particular one, we spoke just before the linkage grant closed so we’re able to put a profession in and within six months or 8 months we had our funding to begin working together. From the point where the initial discussions happened over the business being created was only about 18 months.

J: It is. And the great outcome with this particular model of doing the research and the commercialization in parallel is that it’s a 3 year linkage program. So we’ve already span out an commercial entity and we’ve got half of our linkage program left, our research team is still active and engaged and we’re able to give them that questions that we need out from a commercial perspective. It’s a much better model than achieving some funding years after the research has finished and the researchers of course have moved on to do other things and it’s like trying to get the band back together.

W: It does sound like that. Jefferson if there is one misconception amongst patients, clinicians, clients, customers, funding bodies, that drives you nuts and keeps you awake at night, what would that be?

J: I think that the industry is somehow out to rip people off or take things away from anyone when really, we’re very much in the same boat. We’re driven by the same passion that drives the researchers to do what they do. I’m an engineer, I like technology, I want to see that technology help people and healthy businesses which can employ people. So I think our interests very aligned. So I do shake my head a bit when I sense some sense of impropriety around what we’re trying to do.

W: Lets’ hope that some of our listeners can take that onboard today. You’ve been listening to Health Professional Radio. I’ve been in conversation with Jefferson Harcourt, the director of Grey Innovation. The website for that firm is www.greyinnovation.com and if you’re in the research business as Jefferson was saying earlier, by all means make contact at the very least you get a glass of wine out of it. And we’ll have a transcript of this recording up at our website very shortly along with the sound archive. That’s www.hpr.fm. This is Wayne Bucklar for Health Professional Radio.