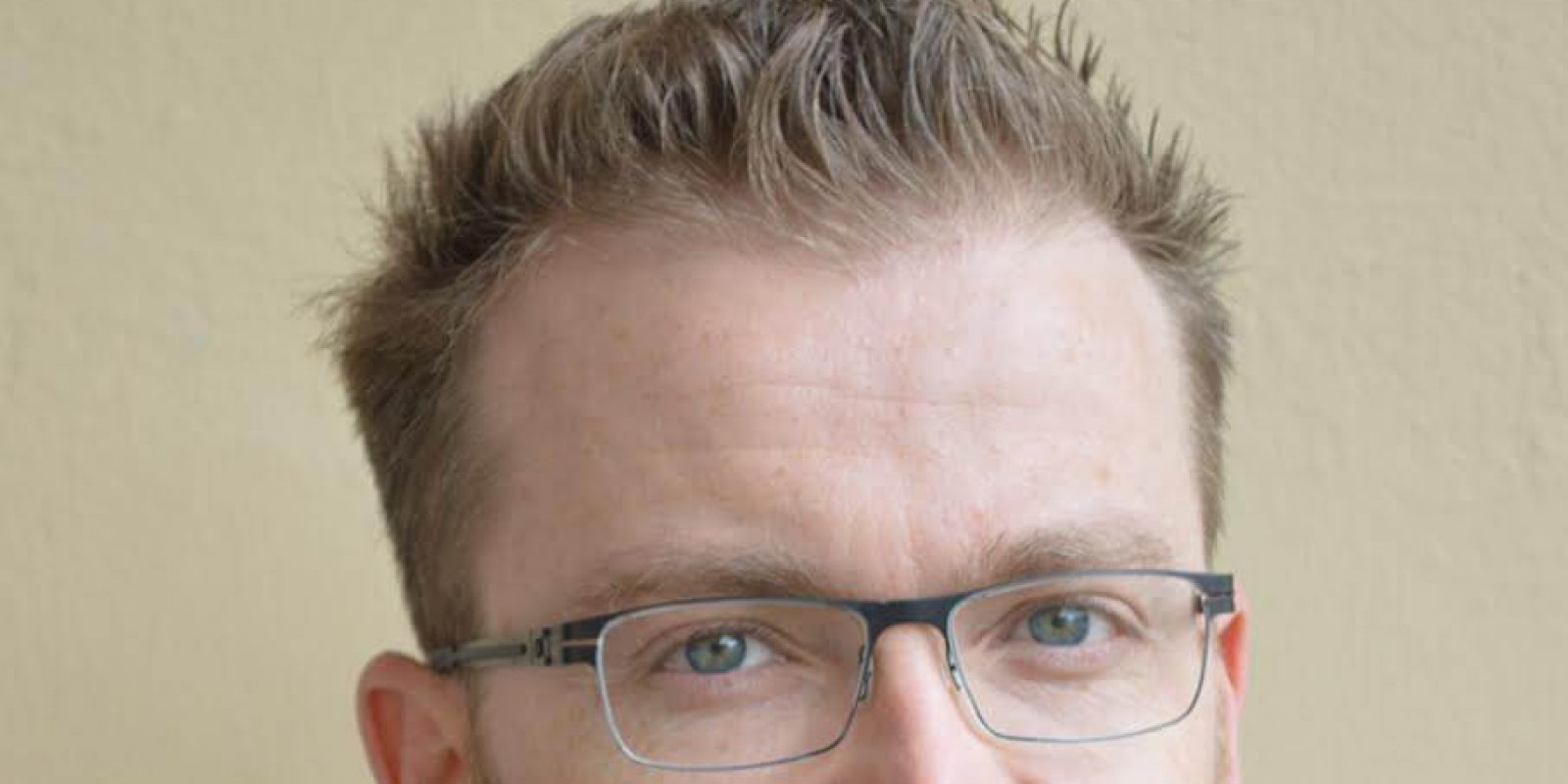 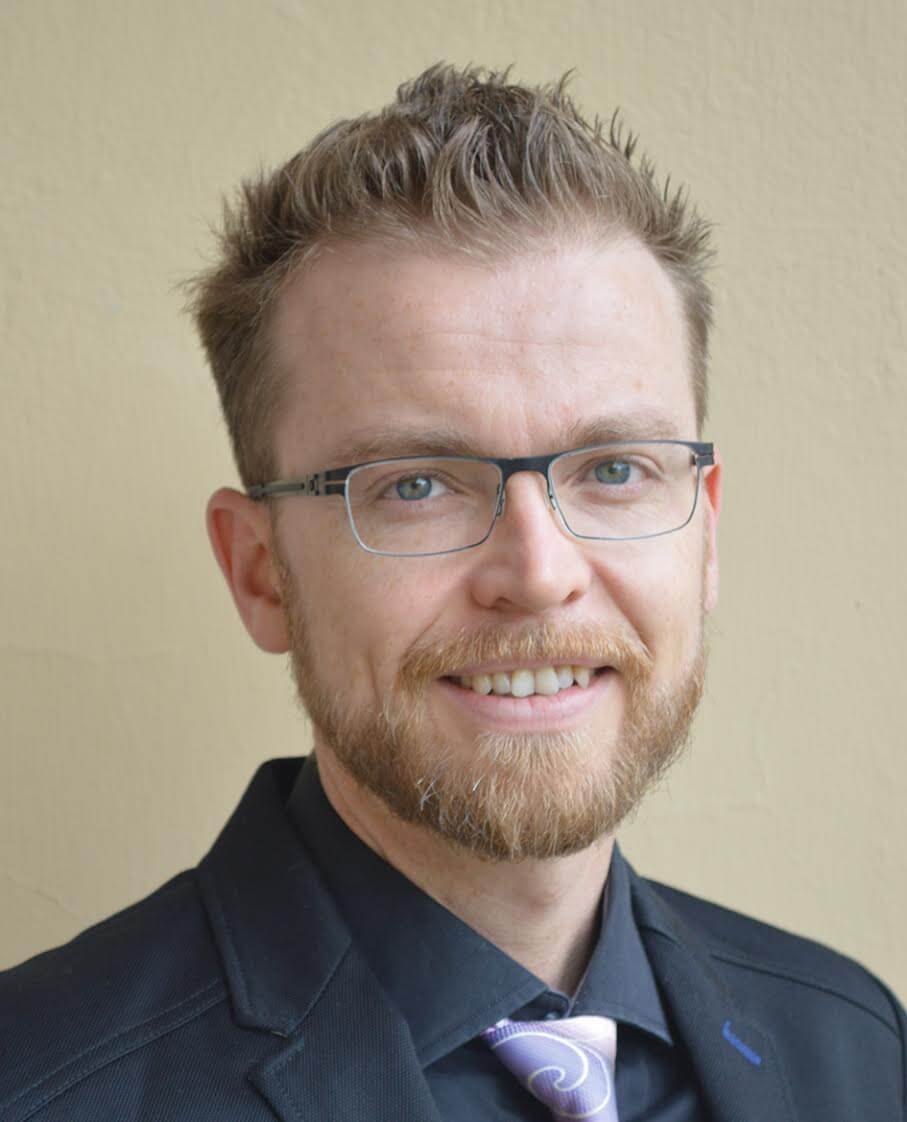 Guest: Luke Arundel
Presenter: Wayne Bucklar
Guest Bio: Luke Arundel currently holds fellowships with the BCLA, CCLSA and IACLE and became an Adj.Ass Prof. of the University of Missouri, St Louis, USA in 2008. His professional interests include keratoconus, post-graft and scleral lens fitting, dry eye, ortho-k and paediatric CL. He has been a guest lecturer at state and international CL conferences and at the UNSW, UME and QUT Schools of Optometry. He is currently employed as national professional services manager for Optometry Australia.

Segment overview: Know more about the non-profit organization Optometry Australia in today’s segment with Luke Arundel. It is a profession-centric membership body representing about 90 per cent of Australian optometrists. Formerly known as the Optometrists Association Australia, their goal is to actively strengthen, protect and promote the profession of optometry and eye-health, on behalf of all optometrists.

Wayne Bucklar: You’re listening to Health Professional Radio. My name is Wayne Bucklar. Today I’m chatting with Dr. Luke Arundel from Optometry Australia and Luke has joined me on the phone now. Good day to you Luke.

Dr. Luke Arundel: Good. Well thanks for having me on the show.

W: My pleasure. Now as you know Luke, our audience are mainly hospital based clinicians and administrators. And you’re with Optometry Australia. I’ve made the mistake once of thinking that everyone in health knew everything there was to know about health, but I’ve sadly discovered that that’s not the case. So tell us about Optometry Australia, your size and footprint to start with please.

A: Yeah, sure. Well Optometry Australia here, we’re a reasonable size, we represent over 90% of the Australian optometrists. There’s about four and a half thousand of us nationwide. With respect to geographic footprint, we’re not for profit organization and we’re compose of 6 state bodies. So we have a national branch based here in Victoria where I am and of course state based branches scattered throughout Australia.

W: I see. So you’re a peak body in optometry there I guess.

A: Yeah, that’s right. We’re certainly perhaps the influential voice for optometry. We do a lot of representation, a lot of advocacy work, we have a policy team based in Canberra. And we provide a range of services for members and also for the public.

W: Yeah. Just in my ignorance here, can you answer for me what the scope of optometry is? Does this is include of ophthalmologist, like where are the boundaries around this?

A: Yeah, sure. Well that’s a really interesting question Wayne. Optometry is a rapidly evolving profession and it’s a bit professional, I’ve been a member for 17 years and even within that period things have changed drastically or radically. Throughout that period, optometry had only just gotten diagnostic drugs back then. And over the last 10 years, optometry has changed in the scope of practice in that now we are… a large proportional of our members are now therapeutically qualified. All five universities are around the country, all of their graduates now come out with a therapeutic qualification. And for any of the older optometrists that graduated under the previous schemes, they’re able to take and accept a course back at university, typically a year of placements etc. and at the conclusion of that additional course, they also are unable to prescribe therapeutic medication. So this has really changed the scope that takes for us from a simply prescribing glasses, now to becoming a more and more involved in primary healthcare.

W: That is a significant change and one that I haven’t realizes that had taken place. So the scope then of the profession as it stands now, do you see it as being a primary healthcare provider?

L: Absolutely, yeah. And look, something that’s really critical Wayne is that you know 80% of visual impairment is preventable, if it is detected and treated early enough. Optometrists are the main providers of primary eye health and vision care in Australia and knows about it. We work very closely with ophthalmology and they tend, obviously, to help us the more advanced cases, surgical options. We now co-manage glaucoma with ophthalmology which is a really fantastic benefit for the Australian public, particularly out in country areas where access to ophthalmology has become more and more difficult. This is gonna provide a significant benefit for the Australian public.

L: Yeah. Well, I did actually look it up prior to the interview, the Association was first formed in 1918. And it carried on under the name Optometrists Association Australia to mid2014. When they had a significant period of re-evaluation, a bit of a shake-up, re-examining core focus, and really stream lining what it was that we wanted to do. And that come out the other side of a very tight ship with clear goals. And these days, Optometry Australia and its primary goal is to actively “Strengthen and Protect and Promote Professional Optometry on behalf of all optometrists.” So, you know re-aligning some of the core focus and strategic goals has been an important part of that name change, it’s certainly not just face value only. It’s been a deeper re-examination, I think of the whole organization and exactly its purpose and point in providing services to optometry members and of course member of the public as well.

W: You’re listening to Health Professional Radio. My name is Wayne Bucklar. And my guest this morning is Dr. Luke Arundel, the resident optometrist of Optometry Australia. We’ve been chatting about the organization and its history. Luke, why should optometrists join you? First of all, do optometrists join you or do they join a state association? And then my second part of the question is, what are the benefits of membership?

L: Yeah, well essentially optometrists join their state association and we come under the umbrella of the National Organization. In respect to why would they do that, yeah, it’s pretty straight forward, we provide a huge range of services. Things that we do first and foremost, we provide a very comprehensive indemnity insurance policy for members which is currently the best in the profession. We do things like all members also receive confidential and impartial clinical and professional advice. And they have access to a suite of resources which are essentially designed just to make the day practice of optometry more efficient. We provide vision standards, guidelines, and also marketing, financial and HR advice, so again things designed to help the optometrist in their day to day running of their practice, or day to day practice of the profession. A large part of what we do or what Optometry Australia does is organize the state division conferences and professional development programs and these are designed for optometrists by optometrists. As well as, obviously, provide quality education, these conferences also run careers expos and foster networking opportunities. So it’s very important further down the track to be thinking about these career opportunities. And we run these career expos for students and for grad students so connecting them with members, so that it’s mutually beneficial of course. Alongside the core member focus as I mentioned, we provide information and assistance directly to members of the public. And we’ve also got a policy team and this policy team that’s meeting regularly with Health Ministers, Advisory Boards and Boards and Committees and it advocates on behalf of members and also on behalf of the growing eye health needs of patients. And that’s a really important part of what Optometry Australia does and something that I certainly wasn’t aware of exactly how much work is going on this sphere prior to joining the organization.

W: That’s a really comprehensive suite of services and member benefits that you’ve just named there. Luke if there was one misconception, be it amongst patients or clinicians or even members of yours that drives you nuts and keeps you awake at night. What would that be?

L: Well perhaps one of the biggest issues that getting all of us here at Optometry Australia awake at night has been the recent changes to Medicare. And I guess a lot of your listeners are probably aware of the squeeze on the health fund dollar. They may not know that on the January the first this year, Medicare rebates to optometry were cut by 5 percent. We’ve also had indexation frozen until 2018. So what I think it’s important to get a across is unlike some of the changes that were proposed to the GP consultation, there were no exemptions for pension or health card holders, children or those in aged care. So we’ve continually reducing rebates, many of our members, many optometrists are finding it simply unviable to continue both billing. So what’s keeping me up at night and what certainly keeping the policy team up is we’ve got this significant concern that for those on low incomes, they can’t afford an out-of-pocket-expense. That is gonna lock them out of accessing healthcare. I mentioned before, 80% of visual impairment is preventable and the significant role that optometrists have in “preventing, detecting, managing eye disease and vision problems.” And excuse the pun … this is a very short sided change from government. You know, the optometrist role on preventing and reducing the significant economic cost of what is essentially avoidable vision loss is gonna become more and more important as our population ages. There’s numerous studies out there talking about the total economic cost of vision loss in Australia and numbers of sixteen and a half billion per year are floated around that. That’s what is actually costing the government so we feel that these changes that have been introduced recently, may help in short terms, save a few dollars for the government, but no one is really thinking about the big picture. It can be very difficult to persuade government of the value of preventative eye care when they’re focusing solely on the short term.

W: That’s a good reason to stay awake worrying at night I suspect.

W: There are ponds of plenty here with big pictures and not having clear vision of it is… but we’ll leave all those aside for the moment. It’s been a pleasure you having a conversation with me today, Luke. I do appreciate your time. You’ve been listening to Health Professional Radio. A transcript for this interview and an audio archive file of it are available on our website. And if you’d like more information about Optometry Australia, you can contact them via their website www.optometry.org.au

L: Thanks very much Wayne.