Sexual Addiction, Cheating, and Infidelity in the Digital Age [Interview][Transcript] 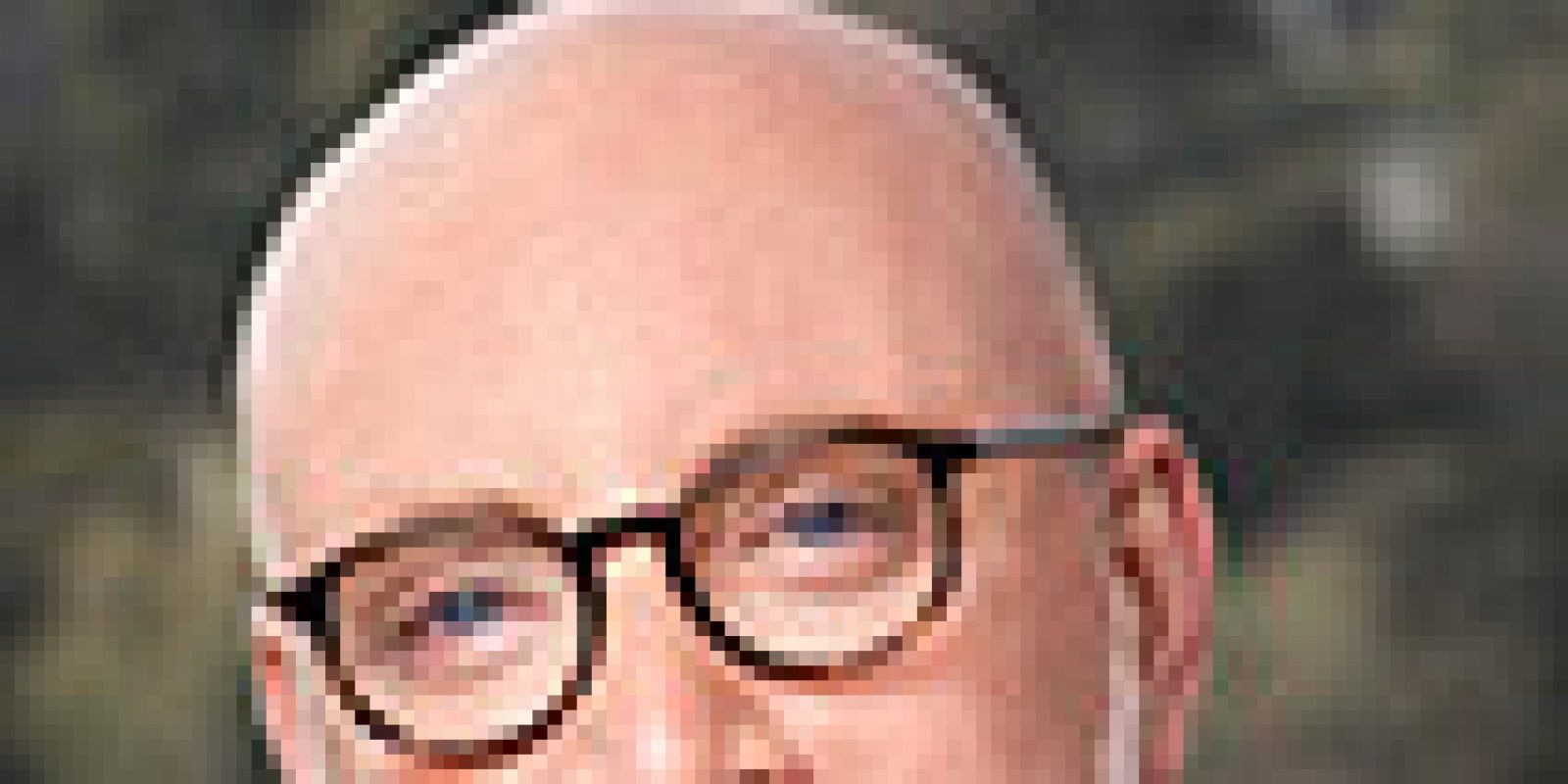 Guest: Robert Weiss LCSW, CSAT-S
Presenter: Neal Howard
Guest Bio: ROBERT WEISS, LCSW, CSAT-S, has served for the past seven years as senior vice president of national clinical development for Elements Behavioral Health. In this capacity, he has established and overseen addiction and mental health treatment programs for more than a dozen treatment facilities, including Promises Treatment Centers in Malibu and Los Angeles, The Ranch in rural Tennessee, and The Right Step in Texas. He was instrumental in integrating Dr. Brené Brown’s The Daring Way™ curriculum into the Elements system. Previously, he developed sexual addiction treatment programming for the Sexual Recovery Institute in Los Angeles and an addiction and trauma treatment program in New Mexico.

Neal Howard: Hello and welcome to Health Professional Radio, I’m your host Neal Howard with Robert Weiss. Thanks to online technology, the once very clear line between fidelity and cheating has become kind of blurred. So as one’s spouse fools around online in ways that they think or within the bounds of monogamy, their partner disagrees and feels cheated. Welcome Robert Weiss to Health Professional Radio. Hello Robert.

N: Hey, glad that you here today. You’re the author of a book. It’s called ‘Out of the Doghouse: A Step-by-Step Relationship-Saving Guide for Men Caught Cheating’. Talk about this book to our audience, it’s an intriguing title.

R: Well, thanks for bringing me on, I just want to say to all the guys in the audience, this is not an anti-guy rants. Just for you to know that, Michal Furis helped men heal their relationships. And my work over the past 25 years has been working with profound infidelity and cheating. That’s really the nature of the work I do and like you said, I’ve watched the rise of digital age and how that has affected men and we certainly stand so many questions about that. But the reason I wrote the book was because I don’t think that men really know how to gain for goodness and heal the relationships when they’ve committed infidelity. And I want to get them a heads-up.

N: You said profound infidelity and cheating. Is there something that’s less profound in the cheating arena?

N: So basically, the audience for your book is widespread?

R: Well, thank you for saying that, I just figured like who knows more about cheating than me? I’ve spent 25 years working with couples with absolutely misery trying to figure out how they heal their relationships. And I’ve learned some basics that are so ‘apple of the ball’ to every family and couple I have worked with through experiencing this that I thought it will might work for our knees down and especially for angry women. This a book for an angry woman who feels wounded to read and throw it to her man and say, ‘You want to get to back with me, you figure this out’.

N: About secrecy. Well, who does it more? Men or women, or is it relatively even now that we are in a different age, the digital age?

R: Well women are always after that sexually and had all kinds of sexual things going on that we’re not us talk about or discuss these men because our culture doesn’t like to see women as being very sexual at all. What do you call a guy that’s having a lot of sex? He’s a player, right? But what do you call a woman who’s having a lot of sex? Not such nice names. Culturally, we don’t like to think about women being sexual at all except with us. If we’re a male, but the reality is that women are out there doing a lot of the same things guys do. But healthy women tend to want some kind of relationship feeling, or emotional feeling or emotional connection, or sense of safety, or who they go off with someone and have sex with them and men often don’t really care. We’re more interested in the booties whether they like this or not. And hence the difference, Mars and Venus.

R Well, I think the question is more, ‘Who is more successful at cheating?’. And I would say in my case, in the case of what I’m writing about I would say, women. Because women, we hear a less about, we hear formal less drama about. If women cheat as much as men and I am not sure they do. In fact just as you said, they don’t cheat as much. In other words, I might be a cheating male, but I’m having sex with a single woman. So, she may be participating and might cheating but she’s not cheating. And she likes me, and cheating is not nice and purely I believe someone would relieve my spells someday (laughs).

N: Secrecy again being the key?

R: Well the secret is the key, simply because of this. If you’re married to someone or in a committed relationship with a woman and you tell her that you are absolutely going to do this. And then 5 years later, she finds that you’ve been doing that, she’s going to be pissed. And not just because you told her you we’re doing this and you let them do that, it’s because you lied to her. And for women who think much more holistically than men do, when a guy goes to Vegas and had a lap dance at a bachelor party speaking “oh this is going to be fun, in front of my friends, it felt like a good workout, and my wife doesn’t know her” or girlfriend, or whatever. But when he goes home, if she finds out about it, she’s going to say stuff like, “I thought you loved me? What about our kids? What about our family? What about everything we’ve ever had together?” And hence you are Venus and Mars, where a man can look not necessarily has to act on. But men can look at casual sex being not particularly a big deal and a woman will absolutely see this thing a big deal.

N: Well, let’s talk about this relationship healing book, ‘Step-by-Step Relationship-Saving Guide Out of the Doghouse’.

R: Actually this book came out of a lecture. A lot of books I have written, eight them in the field of sex, relationships, intimacy, and addiction. And this one came out of a lecture where I’d literally because I like to provide treatments. I provide treatments for sex and intimacy disorders and so what I have noticed in the men’s program and yes we have a women’s program for intimacy and sexual disorders so it’s not just guys. But I know as a man overall, over the past 25 years I’ve been doing this work, really don’t seemed to understand what it takes to help a woman feel better about their relationship. Men of candy, men of flowers, men of occasions and jewelry, ‘Honey are you going to go over there, can you just tone it down a bit or aren’t you going to give me a break’, or stuff like that. Or they really know, ‘I’m sorry, I’m really sorry but what I really mean is I’m sorry’. But those are not the things that heal the wound of betrayal. And what I wanted men to understand is what actually happens to a woman emotionally when she feels that she’s been betrayed and then what it takes to heal betrayal, which is a pretty specific set of steps that don’t involve candy and flowers.

N: Where can our listeners get a copy of this book, ‘Out of the Doghouse’.

R: Well, ‘Out of the Doghouse’ is on Amazon or anywhere. Doghouse is everywhere. You can find it pretty much anywhere. But in any case, online. and I would say any woman who has a girlfriend who says to a romance cheating on her? Buy it for her will be the best gift you ever gave her.

N: And your website, where can they get that?

R: It’s my name robertweissmsw.com and you’ll find a lot of stuffs on sex, and addiction, infidelity, and cheating, and all the stuff I write about.

N: Great. Well, I’m hoping that you’ll come back and speak some more with us about sexual addiction, pornography, especially in the digital age. You’ve been listening in the Health Professional Radio, thank you so much for coming in today Robert.

R: My pleasure. Thanks Neal.

N: Transcripts and audio of this program are available at healthprofessionalradio.com.au and also at hpr.fm, and you can subscribe to this podcast on iTunes. Additionally, you can listen it on SoundCloud. I’m your host Neal Howard.