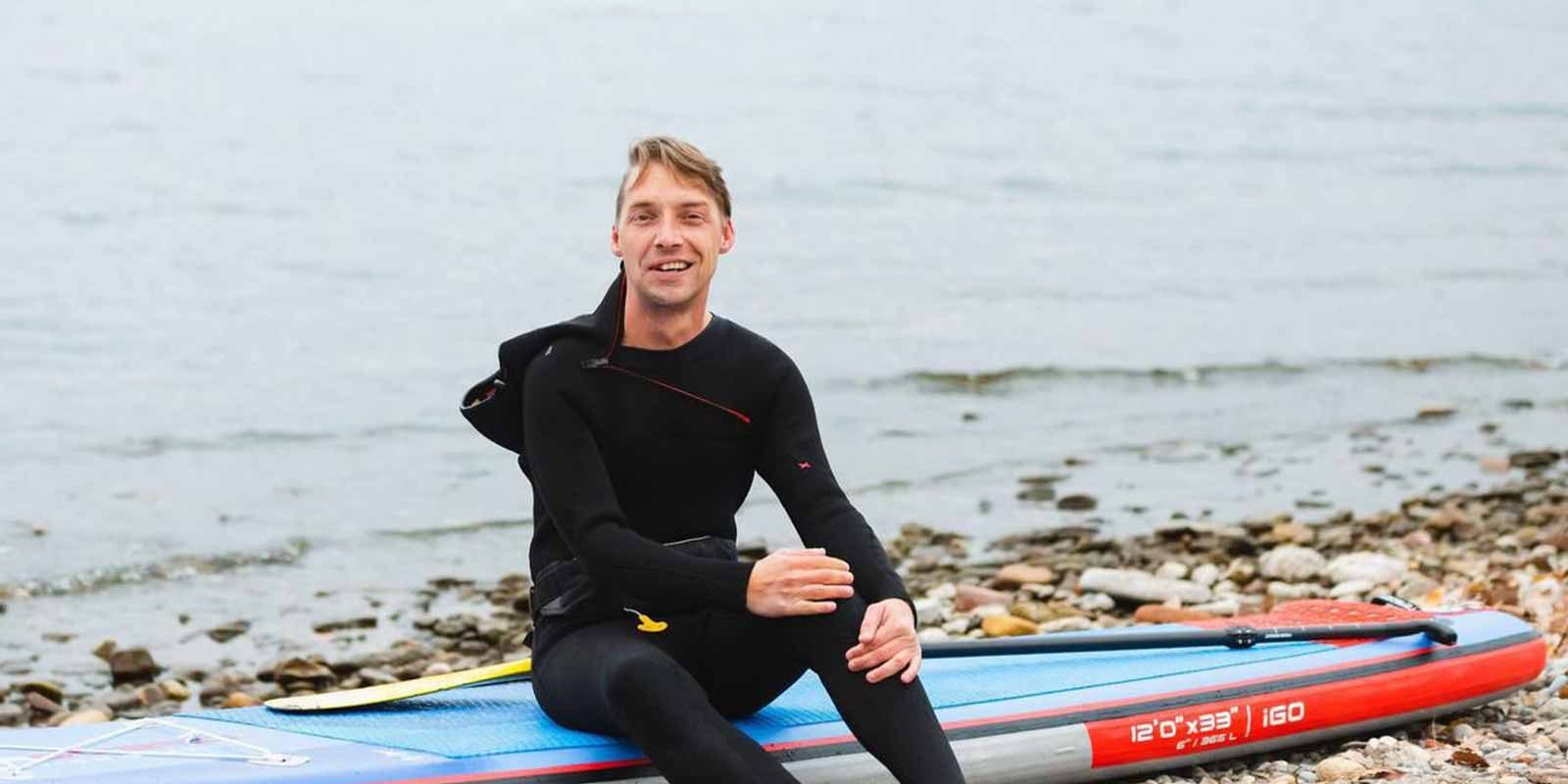 Mike Shoreman, living with a neurological condition called Ramsay Hunt Syndrome shares his personal story and his motivation to write “Diaries of The Unbalanced Paddleboarder: Crash and RISE: From Victim to Thriving Survivor”.

Mike Shoreman, known around the world as The Unbalanced Paddleboarder, has overcome adversity in order to inspire and motivate people to overcome their greatest obstacles standing in their way. In his book, “The Diaries of the Unbalanced Paddleboarder: Crash and RISE, From Victim to Thriving Survivor,” he talks about using our fears and struggles as our greatest weapons and drives his audiences to become the STRONGEST versions of themselves.  Mike is a former Paddle Canada Coach and trainer and is an expert in that industry and is the media expert for the Canadian Safe Boating Council. In November 2018 after years of coaching professionally on the water with his own business, Mike developed a sudden neurological condition called Ramsay Hunt Syndrome (a result of having chicken pox as a child), causing him to lose his sense of balance. What is a paddleboarder without balance? Mike is an award-winning inspirational speaker with his transformational speeches from Speaker Slam (The largest North American inspirational speaking competition) going viral on several platforms, being viewed by millions of people around the world. He’s known by audiences and the media internationally as The Unbalanced Paddleboarder. Mike is the leader of the global Paddles Up Movement celebrating people’s confidence and power. Mike loves to laugh and still paddles for fun when he can! Mike’s speaking style is natural, conversational and entertaining. He’s described as dynamic, profound and thought provoking. Mike leaves audiences with the knowledge and the confidence needed to create positive changes.