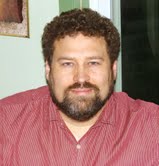 Segment Overview:
Jon Frank talks about how the toxins and lack of minerals in the soil diminishes the body’s ability to absorb what little minerals are there. He also suggests that incentives for farmers to grow high quality produce does not exist. Also touche on are possible mental health issues associated with poor nutrition.

Neal Howard: Hello. You’re listening to Health Professional Radio. I’m your host, Neal Howard. Our guest today is Jon Frank. Jon is passionate about soil and food quality, and for the past 20 years, he’s been a speaker and educator of gardeners as well as many large-scale growers across the country, educating them on how to raise nutrient-dense produce. He’s got a forthcoming book called Grow Your Own Nutrition: How to Opt Out of Toxic Agriculture. How are you doing today, Jon?

Jon Frank: I’m well, Neal.  Thanks for having me.

Neal: It’s great to have you here with us.  Now, I was reading some of your information and I understand that you claim that about a third of optimal levels of nutrients are present in the produce that we’re eating pretty much on a daily basis.  Understanding that if the soil isn’t healthy then the produce isn’t going to be healthy, subsequently we’re not going to be healthy.  How do the unhealthy habits of producing fruits and vegetables, how does that affect us?

Jon: Well, they got there, first of all, by farmers who are offered a market system that pays them for the least cost.  They want to get the most from the least.  So our whole way of paying for food is actually rewarding the very things we don’t need for our health.  I do want to say that farmers will produce better quality if we pay for quality, on the basis of quality.  I slightly changed your question, but I just want to bring that out.  I’m not running down farmers.

Neal: Okay, I understand.  So the farmers are basically… there’s not an incentive to grow healthier, more quality produce?  Is that what I’m hearing?

Jon: There is an incentive within the realm of organics.  They can get paid better.  But if you’re not organic, the incentive is to grow more, and that’s pretty much the final thing.  As long as it’s not rotten and it’s holding up, that’s the minimum that they need to produce for quality.  The rest is just add more bins or bushels to make more money.  We need to change that.  As consumers, we need to start changing how we buy produce, how we buy foods, in order to reward better farmers.

Neal: So if the farmer is paid for quality, then he’ll grow quality.  But if he’s not paid to put the extra in, then I guess we suffer on a health basis.

Jon: That is correct.  In other words, we as consumers have to put our money where our mouth is.  We have to do that.  So we have to be willing.  If it is top quality, we need to be willing to pay more.  We need to be willing to source that farmer and say, “Hey, I would like to get more of your peaches,” or whatever.  “These are excellent.”  And pay him.  That way, we can start changing the way the food is marketed in the United States.

Jon: That’s an excellent question.  The body has been very well made.  It can handle low, degraded food that mechanical machines never could.  We could not degrade gasoline and expect our car to run.  But our human body can take decades of abuse and still function relatively well.  But we don’t want to abuse that.  We actually want to go the other way.  One thing I will point out, when you have produce quality, that goes down.

The foods that are not present as much, they are almost geometrically short, or when they come back and you have really good quality, they geometrically increase, are the trace minerals.  So you still get a fair bit of your protein, your oils and your calcium, and the major minerals.  But you dramatically are short on the trace minerals.  And when you get quality coming back, that’s what improves dramatically as well.

It’s the trace minerals that are so important for propping up and keeping our immune system healthy.  So if we want to be resisting cancer, it’s no problem, as long as our immune system is working for us.  When the immune system goes down, then all sorts of diseases can come in.

Neal: Now, you’re talking about the immune system and that’s obviously one of the most important defences that we have.  But what about our defences against things like obesity when it comes to eating these substandard products?

Jon: Right.  Obesity is a very endemic thing, and we have this problem because the body is craving the minerals and the nutrition and it eats in order to satisfy that craving.  And yet it’s very short.  It’s not there.  So the body continues to request more food and we have obesity really increasing.  When we have foods that would be very satisfying – let’s say you have something that’s close to optimum, the food would create a sense of satisfaction and you would actually take in a lot less calories and a whole lot more minerals and nutrition.

So then, you wouldn’t have near the obesity issue.  You also would gain so much increased efficiency in the digestive process that you feel energetic.  You feel like getting up and moving.  And again, that further works against the obesity to lose weight that way.

Neal: When you’re talking about the thyroid, it’s my understanding that the thyroid controls just about every process, if not every process in the body – mental processes as well: your concentration, your ability to react.  When it comes to mental health and foods, produce that isn’t of optimum quality, what do you say to that?

Jon: I think that just as you can look at a crowded road and see many, many people that are obviously not in good health physically – you can see that by their appearance – just the same amount of people, not necessarily the ones that are out of shape physically, but that same amount, are suffering from mental health issues.

Their brain is not being nourished properly and we see so much rise in the drugs needed to combat depression and the psychotic drugs.  And we have all these atrocious things that are happening in society with guns.  And I would put the blame back on the nutrition as the fundamental primary thing.

Neal: It makes sense, because before there were ever any pills or vitamin capsules or supplements or things of that nature, the only thing there was, was the food that you ate.  So I’m thinking that if the society is not getting the nutrients that the brain needs in order to function properly and clearly and concentrate and things of that nature, then we’re not doing anything up to our standard.

Jon: From my perspective, being just an observer but very concerned, I observe that in general, when women have issues with a malnourished brain, there’s a tendency toward depression.  You see that very frequently.  It’s a common problem.  When men have it – it’s just my observation – it’s a tendency toward violent action, very violent behaviour.  I think that they’re both saying the same thing, that the brain is not being nourished.

Neal: Do you think that the healthcare system kind of overlooks nutrition sometimes when they should be looking specifically for that or at least initially, nutritional aspects of someone’s health?

Jon: Well, I think the whole system is kind of backwards.  The system makes money when people are sick.  When people are actually healthy, they don’t make any money unless there’s an accident or something.  I think that it just makes a lot more money to sell a drug than to get people healthy by eating out of their garden and so that industry is not pushing nearly as hard as it should for nutrition.  Just my perspective, but I believe we’ve got to get back to the fundamentals of where our health and nutrition comes from.  It really comes from correcting soil.

Neal: The nutrition comes from the soil and works its way up to us, ultimately, yeah?

Jon: That’s right.  One thing, I work with soil and gardens every day, and what I can tell you after working with the same soil and gardens three years in a row / five years in a row, you can make dramatic progress on fixing soil in a year.  You can have it very, very healthy within three years, but you can taste the difference in the produce on the first year.  It is not hard to fix soil.

You do need to do the right things and getting to that point is not always easy for gardeners to find out.  But if they work with somebody that can guide them, it actually isn’t hard.  And soil is very fixable.  I just want people to know that it’s very easy.

Neal: Even though there’s a financial aspect to the continuance of poor soil health, it still stands to reason that good physicians would look at the nutritional level even though they can’t change the nutrition that’s coming into their patients, right?

Jon: Yeah.  Let’s hope so and let’s keep pushing on physicians to keep going back to the nutrition.  I think there are many conscientious physicians.  I was talking specifically about the system overall.

Neal: Okay, understood.  You’ve been listening to Health Professional Radio.  I’m your host, Neal Howard.  Our guest today has been Jon Frank, soil testing laboratory owner.  He’s also an educator, teaching gardeners and large scale growers how to raise nutrient-dense produce.  You can find out more about Jon Frank at his website called mineralizedgardens.com, a website devoted to help you recycle your nutrition from your garden and your fruit trees, all the way up to you and your family.

It’s been great having you here with us today Jon, and I’m looking forward to talking with you again in the future.

Jon: It’s been good to be here, Neal.

Neal: Transcripts of this program are available at healthprofessionalradio.com.au.