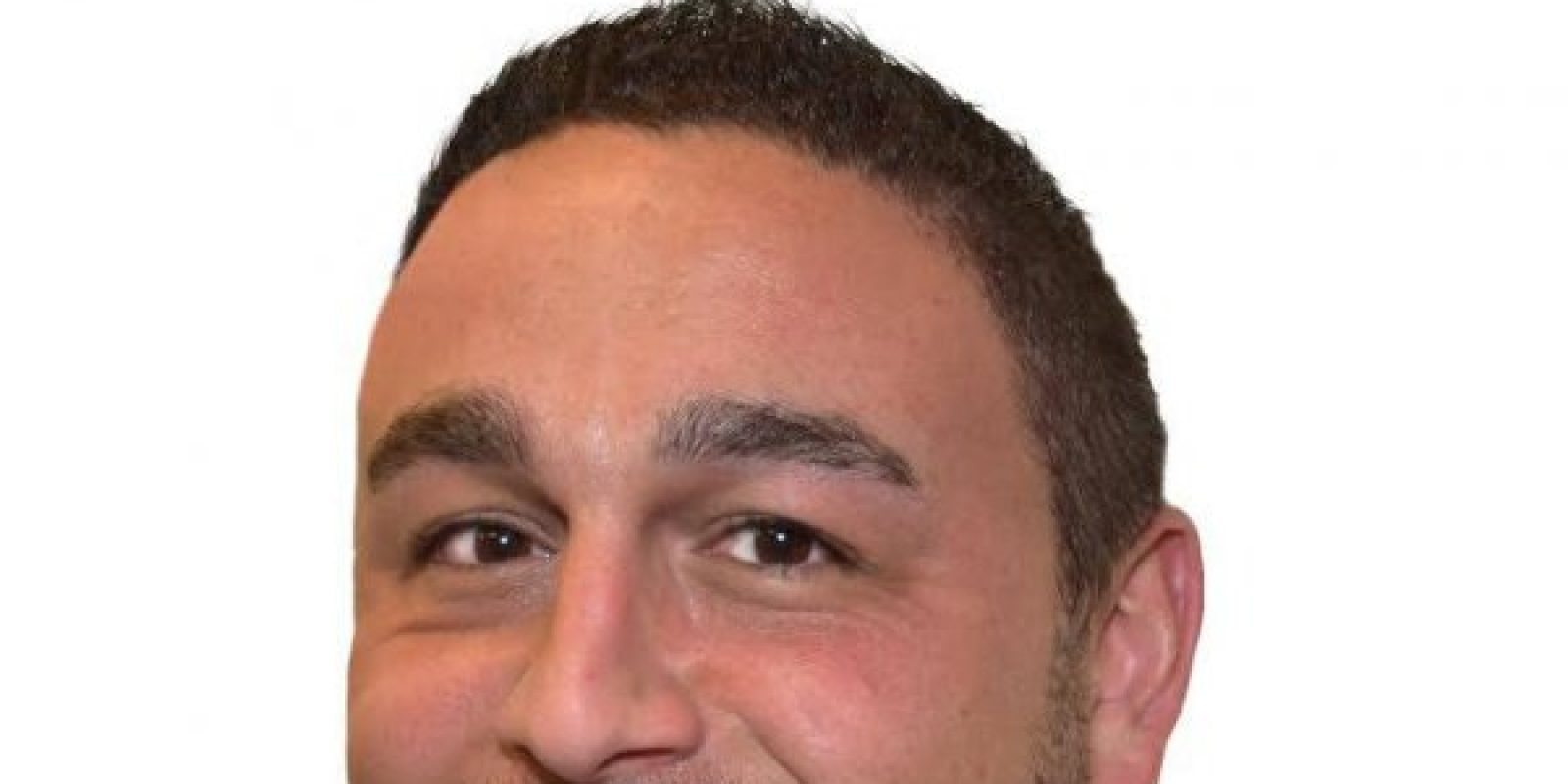 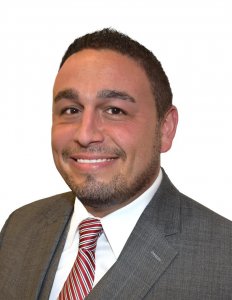 Guest: Joseph Thomas, BSN, RN
Presenter: Neal Howard
Guest Bio: Joseph Thomas is a registered nurse and currently serves as Regional Director of Patient Blood Management (PBM) for Accumen. He has clinical experience in both critical care nursing and patient blood management program development. In 2002 he developed a nationally recognized program built around safer, more evidence-based blood utilization and served as Director of Blood Management for the Cleveland Clinic Health System until joining Strategic Healthcare Group (SHG) in 2007. From 2007 to 2013 he served as Vice President, Program Services for SHG.

Segment overview: Joseph Thomas, BSN, RN, discusses the current blood shortage in the U.S. and the excessive use of blood transfusions.

Neal Howard: Hello and welcome to the program today, I’m your host Neal Howard. Thank you so for joining us here on Health Professional Radio. Blood shortages are rampant and they happen when more blood is distributed to hospitals faster than blood donations are coming in. Our guest in studio today is Mr. Joseph Thomas, Registered Nurse and he’s here to discuss with us this current blood shortage in the United States and the excessive use of blood transfusions. Welcome to Health Professional Radio today Joseph.

Mr. Joseph Thomas: Thanks for having me Neal.

N: Thank you. Do you prefer Joseph or Jo?

J: Jo would be fine.

N: Great. Now you’re a Registered Nurse, tell us a little bit about your background, how did you become interested in nursing?

J: Yeah, actually I have to blame my mother. I was either becoming a cook, a carpenter or going into health care and she made the decision for me when I was pretty young to go on nursing school. So it worked out pretty well for me but I’ll either blame or give her all the credit.

N: Well give her all the credit is probably the best (cross talk) because as I understand you’ve made quite the career as a Nurse especially as it pertains to Accumen. You’re one of the Directors, right?

J: Yeah, that’s correct. It’s one of those funny things and I’m sure a lot of physicians and nurses can attest to this that sometimes rather than choosing a career or path that it chooses you and so without trying to come up to morbid upfront, I’ve always been fascinated by blood and if you think about it all of us are invaded so often with this concept blood as being this mystical powerful substance if you look back in history or religion, even modern society it’s the gift of life or it’s patriotic to give blood. So and I’m sure we’ll talk it for a moment about it but I was sort of tasked into this path when I was at the Cleveland Clinic and given opportunity that I really haven’t sort of turn back on and I just ridden out over the last 14 years.

N: How is Accumen addressing this current blood shortage?

J: Well there’s always shortages with blood products whether it be just what they specific blood type or specific blood products and if you think about it, it is a resource that only we use depend obviously on donations to be maintained so it’s not an unlimited resource. Certain times of the year like summer where maybe businesses or school aren’t collecting as much and so again and that summer time now in the United States but also certainly at times when we have events such as the one that we’re facing today with the Zika virus which has certainly raise the hair on the back of many of our necks in this sort of blood management world. We’ve actually have this shut down donation in certain parts of the country because of fear of Zika transmission. So all of these things including the donor restriction that we have, if you go to certain parts of the world you can’t donate blood when you come back and we’re all are very travel friendly world but it seems like so often we have blood shortages based upon some of these events. The last thing I’ll say though that’s causing, so this is simply a shift in how we’re utilizing blood, so part of the work that Accumen does and certainly work has been done internationally is an effort to reduce the utilization of blood products, that’ll be a big focus today. But as we’ve seen a pretty significant reduction in blood use, our blood providers have had to re-adjust how much they collect and so we’re at that really kind of funny point where they’re still trying to adjust to a 10 or 20% reduction in utilization and it’s leading to some of these issues today with having appropriate amounts of donation and collection. So again a long answer but all of that leading up to again some of the worst blood shortages we’ve seen in a while and again Accumen’s work is to help hospitals really utilize blood products in a more efficient, safe manner and ultimately reduce the need for transfusion which is great for the community, for the hospital and also and most importantly the patient.

N: Now in light of this, well huge shortage that you say happens from time to time. How do you have an excessive use of blood transfusions if the word is out there that we’re in a shortage you’re talking about the management of blood using blood products efficiently but why do you think that there is this excessive use of transfusions especially in light of such a shortage?

J: Yeah, no I think that’s a good question. So it’s a complicated answer and I guess let me start with some one of provocative statements. I believe that patient blood management, that’s the safer and more evidenced-based use of blood products is one of the five most important patient safe initiatives this decade, period. And why I believe that is sort of eluding to what you just said. The evidence today that has been published shows that probably in the range of 40-60% of blood transfusions and that is an astronomical number when you consider 20 million or more transfusions are given every year in the US. So let me go back, 40-60% of transfusions are either unnecessary, excessive or avoidable and I know that’s a crazy statistic Neal but it’s huge, millions upon millions of blood products that billions of health care dollars and ultimately and what I think scares me the most is which of those transfusions that patients were exposed to may have actually contributed to harm that were unnecessary. And I’m sure we’ll talk a little bit about what drives this unnecessary use but it is and it’s a crazy statistic and actually one that I will end behind today. I almost didn’t believe years ago but as I’ve worked and I’ve had the chance to work with over 160 hospitals across the United States on this patient-blood management effort. I often see hospitals reducing their blood utilization by 30, 40, 50% some even 60% so the fact is if it wasn’t avoidable or unnecessary to begin, with how are hospitals reducing their use of blood by the significant percentages. Well again it reinforces that I think every hospital in the United States depending on where they started has the opportunity to reduce their utilization of blood probably in half.

J: Well let me quickly state two and only because it’s so important to cover the both but I’ll keep it brief Neal. And one is lack of formal education and training, the lack of evidence-based guidelines and overstating the fact that Neal the guidelines had changed really over the last few years and many physicians and nurses, it’s so hard to just keep up with all of the evidence so nearly not keeping up with the new guidelines for transfusion as they rapidly should. And I think 20-30% of overused is simply due to inappropriate use but the second piece is so important Neal and that is that probably 20-30% of transfusions are avoidable. This means being proactive versus reactive. Sometimes it was the right thing to do to transfuse but there were so many things or there were so many things that we could have done prior to the transfusion to avoid it. Whether that be better management of an anemia before a major blood loss surgery, whether that be again drawing left blood off of our ICU patients which then resulted in anemia and transfusion so it’s that proactive piece that many hospitals today aren’t yet really focusing on. And those two things, and lack of education and training, guidelines oversight and then kind of a lack of a systemic approach to be proactive to put in place all of these strategies to prevent anemia or prevent bleeding, both of those together lead to that 40-60%.

N: In wrapping up where can our listeners get more information about Accumen?

N: You’ve been listening to Health Professional Radio, I’m your host Neal Howard in studio with Joseph Thomas, discussing this current blood shortage in the United States and the excessive use of blood transfusions. Transcripts and audio of this program are available at healthprofessionalradio.com.au and also at hpr.fm and you can subscribe to this podcast on iTunes.