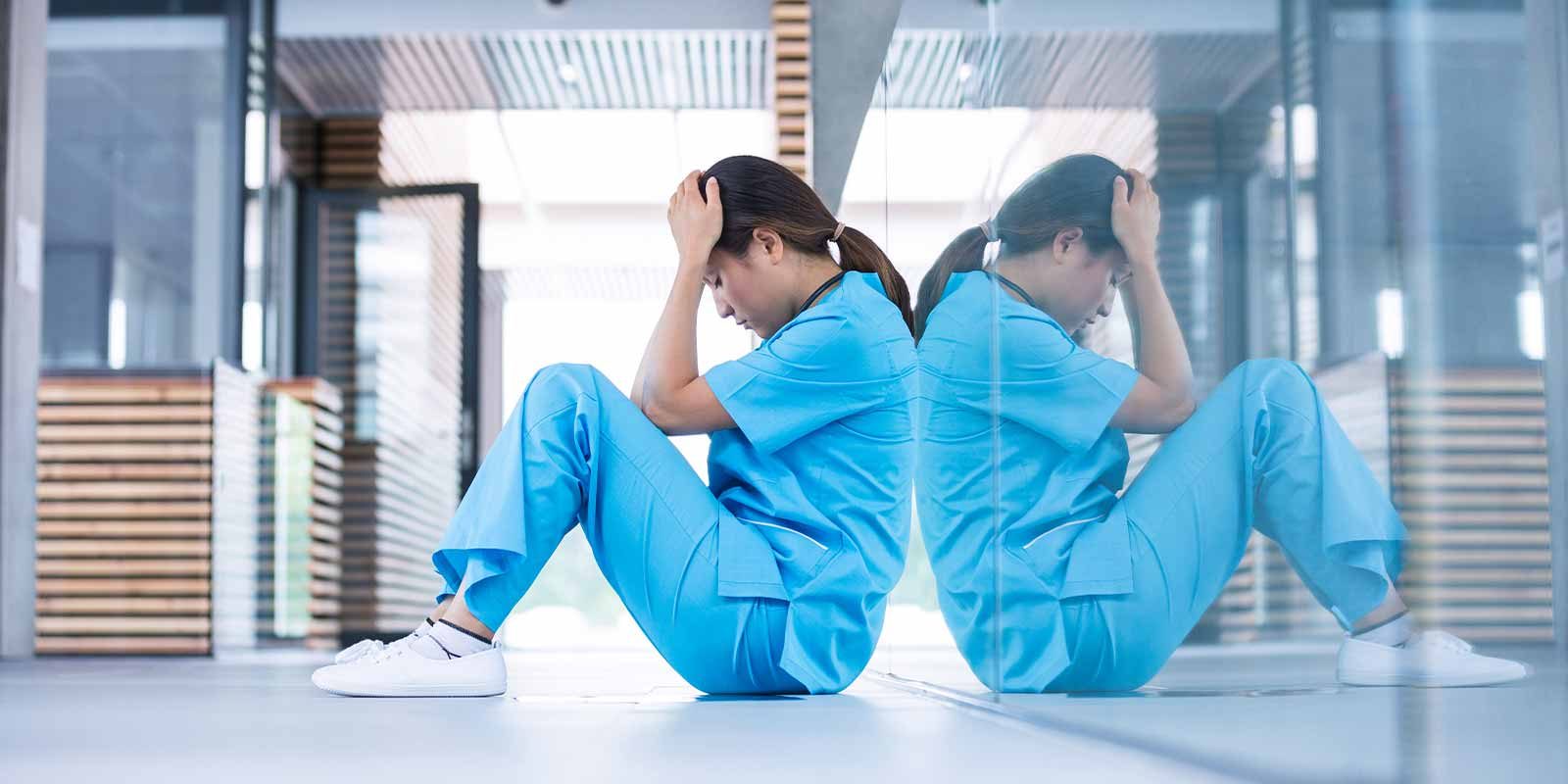 Dr. Bernadette Melnyk, PhD, APRN-CNP, FAANP, FNAP, FAAN, Dean, Helene Fuld Health Trust Professor of Evidence-based Practice and University Chief Wellness Officer at The Ohio State University College of Nursing discusses a new study by the college that found that critical care nurses nationwide reported high levels of stress, depressive symptoms and anxiety even before the COVID-19 pandemic began, and these factors correlated with an increase in self-reported medical errors.  She talks about other findings in the study and resources for healthcare workers.  The study was published in the “American Journal of Critical Care” (May 1, 2021).

Bernadette Mazurek Melnyk – recognized nationally and globally for both her clinical knowledge and her innovative approaches to a wide range of health care challenges – serves as Vice President for Health Promotion, University Chief Wellness Officer, and Professor and Dean of the College of Nursing at The Ohio State University. She also is a professor of pediatrics and psychiatry at Ohio State’s College of Medicine.Dr. Melnyk’s groundbreaking work spans evidence-based practice, intervention research, child and adolescent mental health, and health and wellness. A frequent keynote speaker at national and international conferences, she has consulted with hundreds of healthcare systems and colleges worldwide on improving quality of care and patient outcomes by implementing and sustaining evidence-based practice.In 2013, Dr. Melnyk became one of the few women and nurses elected to the Institute of Medicine – a division of the National Academies of Sciences, Engineering, and Medicine whose members counsel government and private sector leaders to help them make informed health decisions. Election to the IOM is among the highest honors in the fields of health and medicine.Appointed by U.S. Department of Health and Human Services officials, Dr. Melnyk served a four-year term on the 16-member United States Preventive Services Task Force. That independent group of national experts in prevention and evidence-based medicine works to improve the health of all Americans by making evidence-based recommendations about clinical preventive services such as screenings, counseling services, or preventive medications.She founded the National Interprofessional Education and Practice Collaborative to advance the U.S. Department of Health and Human Services’ Million Hearts® initiative and its goal of preventing one million heart attacks and strokes by 2017. Dr. Melnyk also founded the National Consortium for Building Healthy Academic Communities, a collaborative organization to improve population health in the nation’s institutions of higher learning.Since arriving at Ohio State in 2011, Dr. Melnyk has overseen significant steps toward establishing the nursing program there among the nation’s elite. In 2015, Ohio State’s master’s program in nursing was named among the nation’s top 25 by U.S. News and World Report– putting it among the top five percent of nursing programs nationwide – and the College of Nursing was designated by USN&WR as one America’s top 10 for both master’s and undergraduate online education.Also in 2015, the Ohio State College of Nursing received a $1 million gift from FloAnn and John Easton to establish an endowed professorship for child and adolescent health – an important step toward improving health outcomes for a key at-risk population.Among many personal accomplishments in the profession, Dr. Melnyk has secured more than $19 million in sponsored funding from federal agencies as principal investigator and her findings have appeared in more than 280 publications. In 2002, she received the Jessie Scott Award from the American Nurses Association, recognizing her work to improve health care quality through the integration of research, education and practice. And Dr. Melnyk has been named one of the most 30 influential nursing deans by The Mometrix Blog, which based its selections on data including awards, Top 10 rankings, NIH funding, and NCLEX passing percentage.Dr. Melnyk is co-editor of four books, including Evidence-based Practice in Nursing & Healthcare: A Guide to Best Practice, Implementing EBP: Real World Success Stories,A Practical Guide to Child and Adolescent Mental Health Screening, Early Intervention, and Health Promotion(2ndEd), and Intervention Research: Designing, Conducting, Analyzing and Funding, an American Journal of NursingBook of the Year Award winner.Dr. Melnyk is a member of the National Quality Forum’s (NQF) Behavioral Health Standing Committee and the National Institutes of Health’s National Advisory Council for Nursing Research. She serves as editor of the journal, Worldviews on Evidence-based Nursing, and is a board member of U.S. Healthiest, the National Guideline Clearinghouse and the National Quality Measures Clearinghouse (NGC/NQMC).Dr. Melnyk earned her Bachelor of Science in Nursing degree from West Virginia University, her Master of Science degree with a specialization in nursing care of children and pediatric nurse practitioner from the University of Pittsburgh, and her PhD in clinical research from the University of Rochester – where she also completed her post-master’s certificate as a psychiatric mental health nurse practitioner. She is an elected fellow of the National Academy of Medicine, the American Academy of Nursing, the National Academies of Practice and the American Association of Nurse Practitioners.