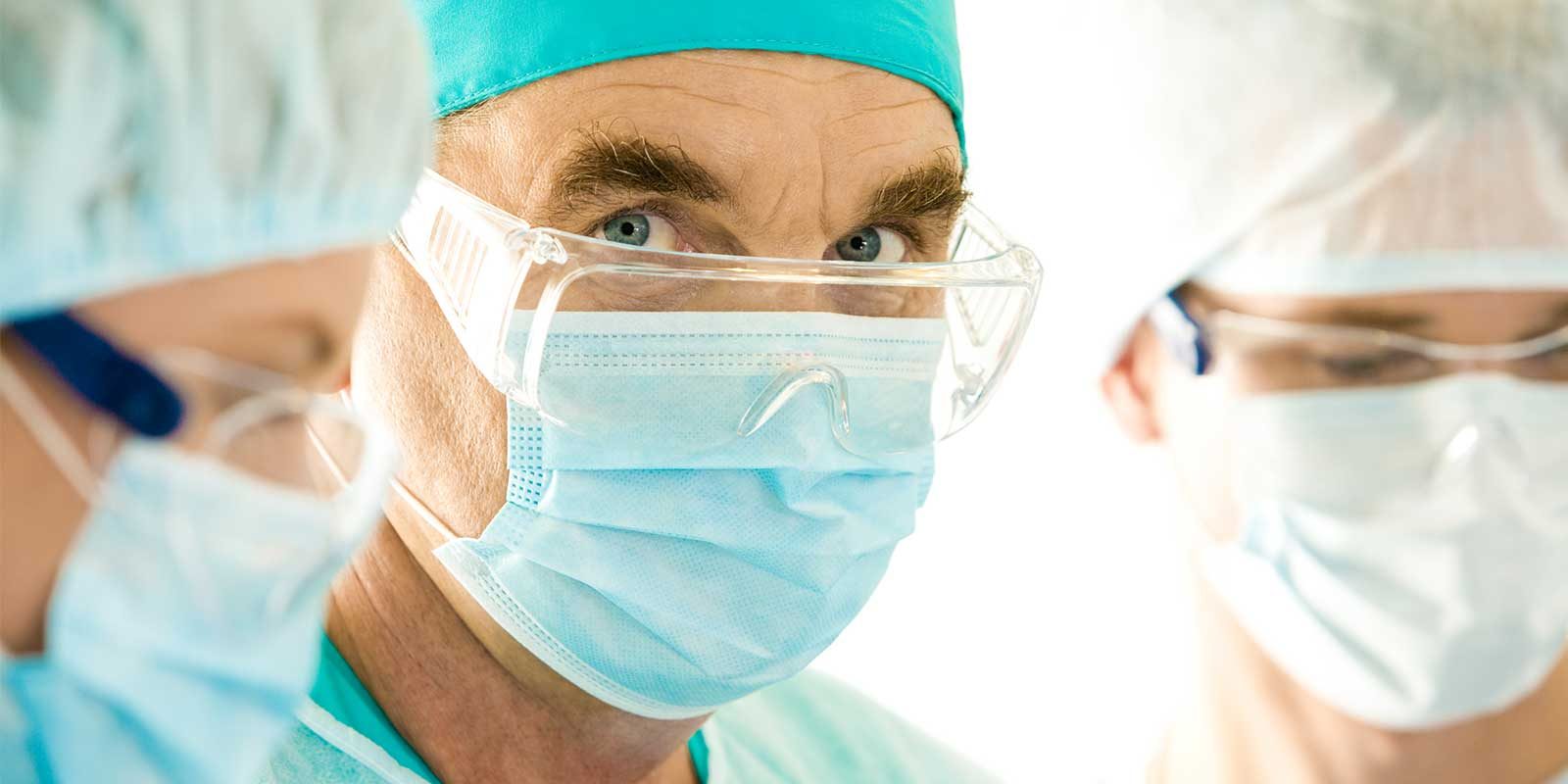 Ashleigh Palmer, CEO and co-founder of Provention Bio, Inc, discusses what the company is doing in developing novel therapeutics aimed at intercepting and preventing immune-mediated disease. For example, they are starting a Phase 3 trial for prevention of Type 1 Diabetes. They also have late-stage studies to intercept Crohn’s disease, ulcerative colitis, and lupus.

Ashleigh Palmer, co-founder of Provention and its CEO, is a life sciences industry entrepreneur and innovator with more than 30 years’ experience and expertise in corporate strategy formulation, preclinical and clinical drug evaluation and product development and commercialization. During his career, Mr. Palmer has served as CEO for multiple biopharma companies (both private and public) and has held numerous board director and chairman positions. In addition to Provention, Mr. Palmer currently serves as a non-executive director on the board of Third Pole, a clinical-stage biopharmaceutical company developing electric generated inhaled nitric oxide for certain life-threatening and debilitating critical care and chronic cardiopulmonary conditions. Mr. Palmer is also President of Creative BioVentures™ Corp. (CBV), a strategic advisory firm serving the biopharma industry. From 2015 through 2017, Mr. Palmer served as Executive Chairman of Celimmune, LLC, a clinical development-stage immunotherapy company he co-founded, dedicated to developing therapies for celiac disease and intestinal lymphoma. Celimmune was acquired by Amgen Inc. in November 2017. Read more about Ashleigh’s bio here.

Neal Howard: Hello and welcome to this Health Supplier Segment here on Health

Professional Radio. I’m your host Neal Howard, thank you for joining us. I’m going to have a conversation with Mr. Ashleigh Palmer, CEO and co-founder of Provention Bio Incorporated. He’s joining us here on the program to talk about what the company is doing in developing novel therapeutics aimed at intercepting and preventing immune-mediated disease. Welcome to the program Ashleigh, thank you for joining us today.

Ashleigh Palmer: Thank you Neal and a big thank you for this opportunity to tell you and your audience a little about Prevention.

Neal: What is Provention Bio and what inspired you to start this company?

Ashleigh: For us, it really is all about patients. Rather than persist with the industry’s conventional approach to autoimmune disease which treats symptoms at the end stages of the disease often after tissue damage has occurred. We set out with a focus on preventing autoimmunity in patients who are at risk of diseases resulting from autoimmune response or  intercepting their disease in its earliest stages before it’s too late.

Neal: So when we’re talking immune-mediated diseases, these are diseases that are weakening the immune system and thereby being able to extensively spread throughout the body unchecked?

Ashleigh: Well there is a broad spectrum of immune-mediated disease. At one end is cancer, one could argue that the immune system and its surveillance is ineffective and allows mutant cells to set up and establish an oncology related disease. At the other end of the spectrum, the immune system can be overactive. Often, it’s associated with a hypothesis called the ‘hygiene hypothesis’ where we believe that modern society is so clean and has avoided opportunities for children and growing adults to be exposed to pathogens that stimulate their immune system and have it focus on fighting pathogens. So in certain instances and against the right genetic background, the immune system turns against ourselves and begin generating auto antibodies that attack our own tissue.

Neal: So describe this this concept that you talk about, disease interception, you say you’re taking this different approach as opposed to dealing with the disease and end stage when tissue damage and other damage has taken place. What is this interception, intercepting a disease, how does that work?

Ashleigh:  If you take the prototypical autoimmune disease, Type 1 Diabetes which is the juvenile childhood onset diabetes, not the adult mature diabetes associated with metabolic syndrome. But these children are exposed to some trigger that causes an autoimmune response where their own antibodies attack the beta cells in their pancreas, the beta cells being the insulin producing cells and destroy those cells so the patients then has to go through a lifetime of supplemental insulin therapy and monitoring. We believe in in one instance that we have identified a trigger for that autoimmune response. It comes as a result of an amazing body of research done over many years but in particular, research done in Finland studying 200,000 children over two decades that identified a viral infection, an enterovirus, it’s called coxsackievirus B. That that infection may be responsible for as much as 50% of the autoimmunity that results in Type 1 Diabetes. And so now once we’ve identified this trigger, we can set about therapeutic approaches to not treating the diabetes after the infection and the tissue damage has been done but preventing the infection in high-risk patients and therefore preventing them from ever developing Type 1 Diabetes or at least postponing it for a considerable period of time.

Neal: Why do you think that other companies haven’t jumped onboard and identified some of this trigger, as you say, before you?

Ashleigh: Well I think they have in the past, to be very honest with you. This is no different than vaccinating children against an infectious disease like Measles or Mumps or against Polio that causes the paralytic poliomyelitis. And most recently, we’ve seen developments where companies have developed a vaccine against human papilloma virus that is associated with  cervical cancer. I think that what prevention has done differently though is look at autoimmunity, look at diseases like rheumatoid arthritis, inflammatory bowel disease, Type 1 Diabetes, Lupus and come at it from the identifying the trigger or identifying upstream target that can intercept the progression of the disease at an earlier stage whereas historically the industry has tended to focus on treating the symptoms and managing the inflammation associated with the end stages of the disease.

Neal: Now we’ve we’ve talked a bit about type 1 diabetes, the juvenile type of diabetes, and how Provention is involved. Type 1 diabetes is not the only disease that you are currently developing treatments for, is that correct?

Ashleigh: That’s correct. Yes, we’re licensed in two therapeutics from Janssen in the field of inflammatory bowel disease – one for Crohn’s and one for ulcerative colitis. Janssen began developing these assets at more typical diseases like rheumatoid arthritis and so on. And from our perspective, did a great job of showing that these molecules were hitting their target and were well tolerated in patients. The big companies tend to focus on the bigger indications and when my co-founder Francisco Leon who was the head of early development and immunology in the Janssen’s Immunology Division was working on these programs, I think he realized that the gene signatures and the biomarkers that were being studied by Janssen identifying that these molecules were hitting targets in diseases like Crohn’s disease and ulcerative colitis – that there was an opportunity to focus their development on these diseases and we were very grateful and and humbled to be allowed by Janssen to license them in and develop them for these very debilitating diseases that still have a high unmet need.

Neal: Well we’d like to learn some more about your company and also about intercepting and preventing immune mediated disease.

Ashleigh: Well thank you Neal we would love your audience to take a look at our website which is www.proventionbio.com. And I think if they just search the web for the ‘hygiene hypothesis,’  autoimmunity and so on, it is becoming a popular subject now recognizing the these debilitating diseases have a trigger and we can go upstream from where current therapy and current treatment is focused and attempt to do research and development to prevent or intercept the diseases before they become established and cause significant tissue damage.

Neal:  Ashleigh, it’s been a pleasure. Thank you so much for coming in and speaking with us today.

Neal: You’ve been listening to Health Professional Radio. I’m your host Neal Howard in conversation with Mr. Ashleigh Palmer, CEO and co-founder of Provention Bio Incorporated. Transcripts and audio of this program are available at hpr.fm and healthprofessionalradio.com.au. You can also subscribe to this podcast on iTunes, listen in and download at SoundCloud and be sure to visit our Affiliate Page at hpr.fm and healthprofessionalradio.com.au