Statin: Its Side-effects And Controversy About Their Use 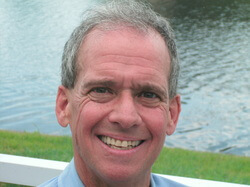 Presenter: Neal Howard
Guest: Dr Mark Estren
Guest Bio: Mark J. Estren, Ph.D. earned doctorates in English and psychology at the University of Buffalo and a master’s degree in journalism from Columbia University, where he was first in his class. A Pulitzer-Prize winning journalist, Estren has held top-level positions at newspapers, magazines and in television for more than 30 years. His media credits include The Washington Post, Miami Herald, Philadelphia Inquirer, ABC and CBS News, PBS and other media. He was chosen by Fortune magazine as one of its “People to Watch.” Early in his career, Estren ran Financial News Network and was the editor and publisher of High Technology Business magazine.

Segment Overview
Dr. Mark Estren discusses the reasons that Statin use is so popular despite the side-effects and controversy surrounding their use. Also touched on is more about specific side-effects involved.

Neal Howard: Hello, you’re listening to Health Professional Radio. I’m your host, Neal Howard. Our guest in studio today is returning guest, Dr. Mark Estren, PhD, holds a doctorate in psychology. He also holds a master’s in journalism. He’s a Pulitzer prize-winning journalist with affiliations with CBS, ABC News, among others. His book, Statins: Miraculous or Misguided? We’re here today to delve into some of the reasons why he wrote the book, and to talk about some of the effects, the side effects, the benefits, and some of the controversies surrounding this class of cholesterol-reducing drugs.

Want to continue reading? Please log-in or register to see the Full Transcript.