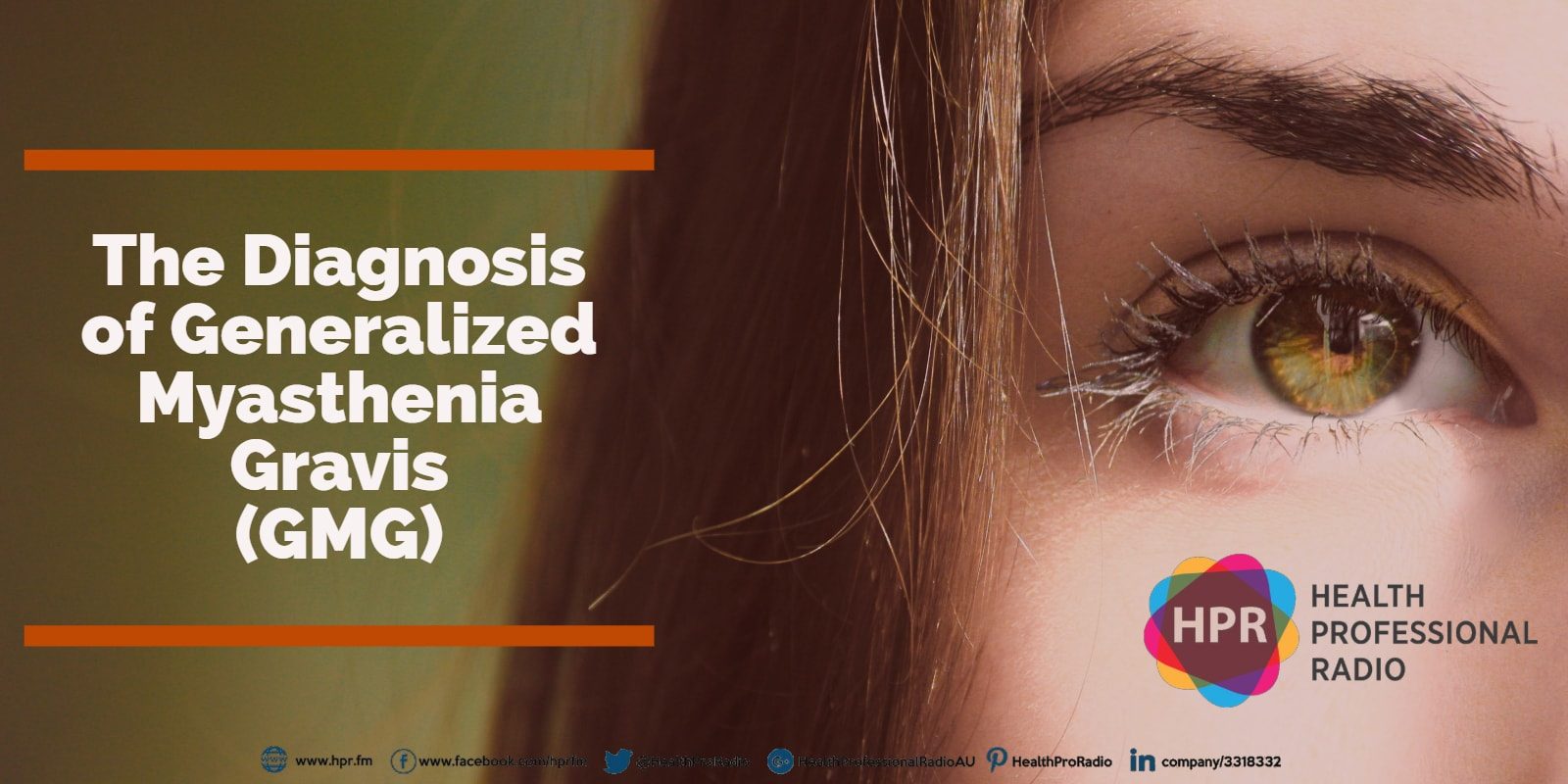 David Ball, a retired UPS Freight delivery driver, talks about his diagnosis of generalized myasthenia gravis (gMG) a rare, autoimmune neuromuscular disease. David was first misdiagnosed with Bell’s Palsy but his symptoms persisted and it took some time before the doctors finally made the correct diagnosis of gMG. Learn more at www.myasthenia.org

David Ball woke up with the left side of his face numb and a drooping eye. His wife convinced him to visit the hospital, where he was initially misdiagnosed with Bell’s Palsy. When returning to work following three months of rest, his symptoms immediately reappeared. Something told him that it wasn’t Bell’s Palsy. After another visit to the hospital, a new doctor finally made the correct diagnosis of generalized myasthenia gravis (gMG).

David Ball: Thank you very much.

N: You’re a retired UPS freight driver but you were diagnosed with this very rare autoimmune neuromuscular disease. Give us a bit of background about yourself and give us a bit of insight into your diagnosis.

D: Well, in 2010, I was diagnosed but originally they thought I just had Bell’s palsy. I was on a vacation. We woke up one morning and the whole left side of my face was numb. I was drooping and basically, like my teeth, my tongue, my lips were all numb. When I went to the doctor, he said that I had Bell’s palsy and he put me off to work for, that was April of 2010 and I went back to work in July. The symptoms had not gone away completely but had definitely improved. When I went back to work and the more that I did, because basically from April to July, I was just resting, I did very little. When I went back to work, the symptoms came back even stronger. I started drooping. I had total facial numbness and occasionally facial paralysis.

N: Is this something that was related to the work that you were doing? Because you were resting and then as soon as you started doing your normal activities the symptoms became worse.

D: And it had nothing to do with the work that I was doing. It has to do with Myasthenia Gravis manifest itself even stronger through stress and it worsens in heat. So when I went back to work that was during the summer that didn’t help because the temperature was higher. When the temperature and the humidity are higher sometimes it’s harder for me to breathe. I lose a lot of muscle strength because of the heat … from the heat.

D: Well, when I first went to the ER, they ran a bunch of tests and they said I had not had a stroke. They checked that but then they went straight to the Bell’s palsy and they stuck with that and even after July when I went back to work and then my last day of work was the beginning of November of 2010. Even I went to numerous doctors and nobody mentions Myasthenia Gravis until I went to a neurologist and he ran some tests. He did an acetylcholine test and when the … even got back I went into what they called myasthenic crisis and I was put in ICU. I was unable to breathe and I was in there for two weeks.

D: That was my first. In the last 8 years, I’ve probably been hospitalized about 15 times.

N: Now, the difficulty or the inability to breathe was that due to fatigue or your muscles not being able to function the way that they’re supposed to. How did it become that severe and why?

D: Well, Myasthenia affects the strength of your muscles. So your diaphragm is a muscle. As as the diaphragm got weaker, I didn’t have enough strength to operate my diaphragm to fill and exhale the carbon, I guess it’s the carbon dioxide out of my lungs. So it builds up and it made me even more sickly.

N: How many people would you say are dealing with this muscular disease?

D: I don’t know exactly but when I was first diagnosed, I was told this approximately one in a hundred thousand which is pretty rare. It is very rare. Since I’ve been diagnosed I’ve met through online support groups, through my doctor, through lots of different channels, numerous people that have that and I think the number might be a little bit lower but it is very very rare.

N: What age do people normally get diagnosed or is it something that could go for years being misdiagnosed or even undiagnosed?

D: Correct. It is a disease that is misdiagnosed a lot. I was 48 for a male that is pretty rare. If there are people and I know people that, children that have this disease and I personally know a lady who is diagnosed when she was 26. Forgive me I won’t say her name but she’s on her 70s now and she has battled this all of her life.

N: It sounds actually a battle. How do you manage? What are some of the current therapies that are available and can anyone benefit from these therapies? Is there a level of this disease that just can’t, is it more to respond to therapies or is it pretty manageable once you’re diagnosed with it?

D: I have what is called refractory MG. I’ve been told it’s the most serious of the different stages. I have been through different treatments. I started with IVIg which is blood product, it was infused into me. I did that for a few years and it stopped working. Then I went to plasmapheresis where they had a catheter in my chest. They pulled my blood out, ran it to a machine, a centrifuge pulled the bad antibodies out of my blood and that worked for a couple of years. Until August of last year, nothing was working. I was here in my hometown. I was in ICU and they life-flighted me from our hospital up to a major medical college up North and we got there. Excuse me I get emotional. They told my wife I was not ready to come home. She had been through a lot. While I was there, I have family members that are in the healthcare profession and one of them told me about a clinical trial. So that company called Alexion and for a drug that was not I can’t say FDA approved yet. And so when the neurologist from the college came I asked her about it and she helped me get signed up for the clinical trial for a drug called Soliris. That is Soliris. While I was in the hospital they got me stable. I was there for almost 30 days and I came home at the very end of August 2017. The beginning of November of 2017, I got approved for the clinical trial with Soliris. And I got a phone call from the neurologist. She told me I was approved and that she was rushing the paperwork. She says I was still very unstable. I’ve been in the hospital twice from August to November. The days that I got approved for this initial trial, the FDA approved this Soliris for general myasthenia use and the treatment for this disease.

D: It did and it didn’t because I just start the whole process over.

N: It seems like they have made an exception in your case.

D: Well, I think she has called the patient advocate. Somebody that will fight for me and she stood up for me and got it right through. November 17, I started with new drugs and my life has changed ever since.

N: That’s great. So you’re managing it much better on this new therapy. Where can our listeners go and learn some more online about MG?

D: If you just google myasthenia gravis, there will be a link to the Myasthenia Gravis Foundation and you can click on that and there is this, I didn’t read on that website for years and years and I don’t think I’m halfway through it. There is a ton of information.

N: So that’s www.myasthenia.org if you’d like some more information.

N: I appreciate you coming in and talking with us today. A very compelling story and I’m glad that you’re doing much much better now after such a long journey in dealing with this disease. I’m hoping that things work out well for you. Thank you again for coming in today, David.

D: Thank you for the opportunity.

N: You’ve been listening to Health Professional Radio. I’m your host, Neal Howard. Transcripts and audio of this program are available at healthprofessionalradio.com.au and also at hpr.fm. Subscribe to the podcast on iTunes, listen in and download a SoundCloud.