Advice from a Physician to Liberate us from Snake Oil 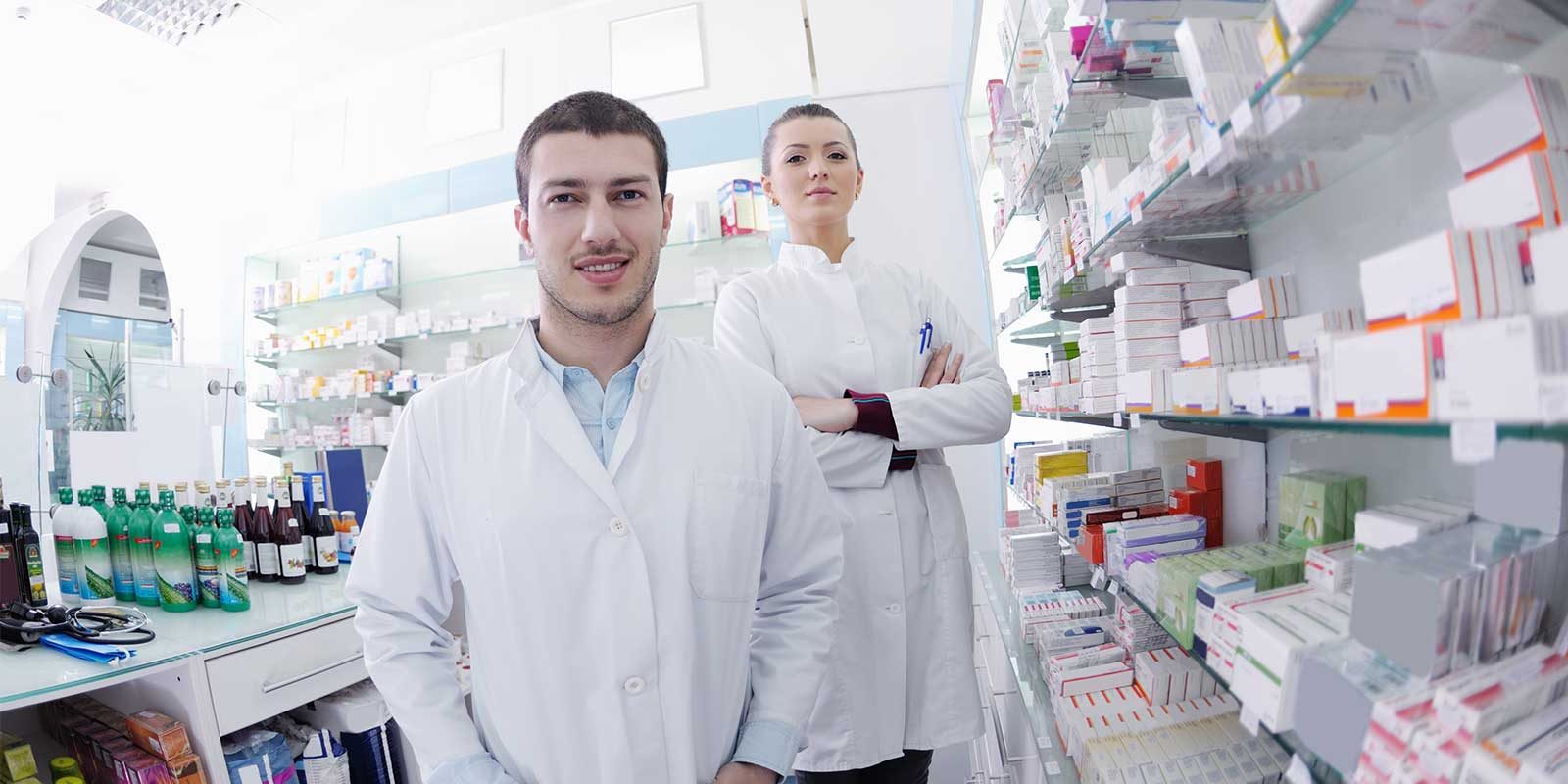 The majority of the population in the United States take one or more dietary supplements – these include vitamins, minerals, herbals and botanicals, amino acids, enzymes, and many other products – which are not effective and possibly dangerous to one’s health. Supplements come in different forms: tablets, capsules, and powders, and even drinks.  Dr. Morton E. Tavel, MD, discusses his new book “Health Tips, Myths and Tricks: A Physician’s Advice” to liberate us from Snake Oil.

Dr. Morton Tavel was a practicing specialist in cardiovascular diseases and internal medicine for over four decades. He is the author of three books: Health Tips, Myths, and Tricks – A Physician’s Advice; Snake Oil is Alive and Well; and Hell in the Heavens. Dr. Tavel served as a Clinical Professor at Indiana University School of Medicine and regularly taught medical trainees at all levels. He has also presented numerous lectures and speeches before audiences across the globe. He authored over 130 articles for research publications, editorials, book reviews, and a full medical text. He has served as past president of state and local divisions of the American Heart Association. He received his college and medical degrees from Indiana University. Scholastic honors include graduating summa cum laude and membership in the honorary societies of Phi Beta Kappa and Alpha Omega Alpha.

He was a consulting cardiologist for the Care Group, Inc., a division of St. Vincent Hospital in Indianapolis, and was the director of their cardiac rehabilitation program.

Neal Howard: Hello and welcome to Health Professional Radio. I’m your host Neal Howard,  thank you for joining us on the program once again. Our guest today is Dr. Morton E. Tavel, he’s joining us here on the program to talk about his brand new book. It’s entitled ‘Health Tips, Myths and Tricks: A Physician’s Advice (Health Information to Liberate us from ‘Snake Oil’). He’s also the author of Snake Oil and Hell in the Heavens. Welcome to the program Dr. Morton E. Tavel,  thank you for joining us today.

Dr. Morton E. Tavel: Yeah, hi Neal. Thanks for having me.

Neal: Well we’re in the Information Age and even though we’re in this age where we’re getting information instantaneously of all sorts from all different platforms and sources, why is it that many of us as health consumers are still basically in the Dark Ages when it comes to understanding some of the myths and that some of the tricks, some of the snake oil that’s out there?

Dr Tavel: Yeah, well Neal I have to say in most cases in our society, doesn’t it often boil down to money? But let’s go beyond that, first of all, there are strong monetary incentives to allow for the creation of the selling and selling of ineffective and sometimes dangerous products especially the so-called dietary supplements. Lack of a … government regulation only makes this problem worse. Without practical means to curb the promotion of such products, they reach conventional pharmacies and outlets conveying the misconception that they’re safe and effective – nothing could be further from the truth. You and I could walk through the aisles and the standard pharmacies and outlets and look at the various products that are out there mixed in with what we accept a standard or okay like the tylenols and the aspirins and things of that nature. There are all kinds of herbal supplements you might say that are out there that have not been vetted that they’re not necessarily safe in some cases or even dangerous and we don’t really have a good control of that. The second problem is this so-called authorities who often without any credible scientific background gain a foothold in the media and with emphatic, repeated and forceful messaging seem to attract large numbers of adoring followers that believe their advice to be valid and then they’re willing to spread this belief to others and certainly social media in this day and age compounds as problems even further. Thirdly, since most illnesses and symptoms resolve spontaneously without any treatment, anything that’s done prior to any improvement is often erroneously thought to be the cause of this apparent benefit so that relief can be attributed very often to just natural course of illness and this is also making the problem even worse is this so-called placebo effect that is the control of the mind over this bodily symptoms as to make things get better when we think we’ve done something the right way and nothing again could be further from the truth leading to lots of problems in our society. So these are just some of the superficial points it should be mentioned that we’re still in the dark ages with regards to health and all those issues.

Dr Tavel: Internal medicine and cardiovascular disease both so I cover a wide spectrum of problems which gives me somewhat of a platform to come out and talk about these things. Also my background is associated with my interest in seeing misconceptions out there. Years of  practice led me to believe that there are all kinds of misconceptions and so I went into the psychological literature and talked to psychiatrists and discuss these matters to see what makes people tick that makes them go on the wrong direction. That’s why I wrote not only this book but also the Snake Oil book which is an expose of that kind of reasoning that we are all subject to.

Neal: Being a physician yourself and having years and years of knowledge and experience in the industry, would you say that most of the tricks and the snake oil is coming from outside the industry or are there elements within the industry that are perpetuating some of these myths and tricks thereby preventing a lot of us from being healthier as healthy as we can be?

Dr Tavel: Exactly, most of it is coming from outside the industry where we have monetary interest as I indicated. But I have to say that the medical profession itself bears some responsibility for this because we often are misled into thinking things are working when they are not necessarily for reasons that I just mentioned about the placebo effect and then we tend to be pushed because of time limitations often into prescribing treatments that are not necessarily in the best interest of the patient but because of time constraints, we are kind of forced into writing a prescription wherein that’s not necessarily the right thing to do. So it is a complex question and it requires a good deal of time to address which unfortunately we’re limited at this time.

Neal: At the outset of our conversation, you mentioned that most conditions resolve themselves spontaneously without doing anything at all. That being said, why do you think that it is that these reports, this information that we get contradicts itself? And what do you hope to do with your book as far as pinpointing that I guess attacking alleviating some of that confusion with your book Health, Tips, Myths and Tricks: a Physician’s Advice?

Dr Tavel: Well yeah, that’s a very important question and something that you almost have to read the whole book to understand that issue. Unfortunately time restraints I’m going to have to sign off very shortly but I would refer any interested individual in this to the entirety of the book but very often we deal with that specific question. So I have to sign off and I hate to do that because I really enjoy talking with you.

Neal: Well I thank you for joining us here on the program today. Where can our listeners get a copy of your book>

Dr Tavel: Through the standard outlets, Amazon, Barnes and Noble, through the internet it is easily obtained.

Neal: You’ve been listening to Health Professional Radio, I’m in conversation with Dr. Morton E Tavel, the author of ‘Snake Oil’ and ‘Hell in the Heavens’ and the brand new book ‘Health Tips, Myths, and Tricks: A Physician’s Advice (Health Information to Liberate us from ‘Snake Oil’).’ You’ve been listening the Health Professional Radio, I’m your host Neal Howard. Transcripts and audio of this program are available at hpr.fm and healthprofessionalradio.com.au