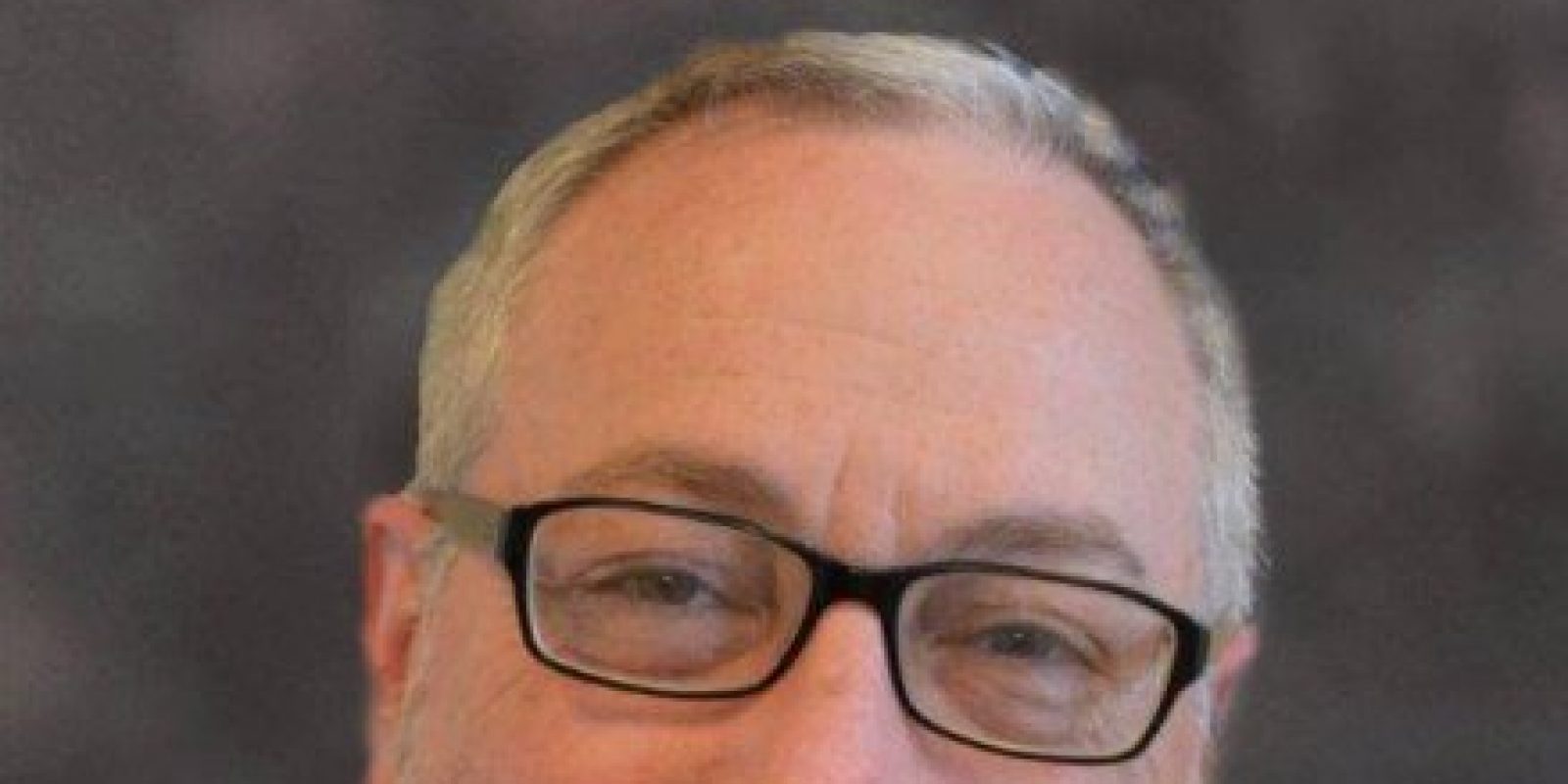 Segment overview: In this segment, Dr. Aaron Glatt, MD, Chairman, Department of Medicine & Hospital Epidemiologist, South Nassau Communities Hospital, discusses the findings from the South Nassau Truth In Medicine Poll that reflects an improper use of antibiotics and that attitudes differ based on gender, race, and age.

Transcription – Improper use of Antibiotics

Neal Howard: Hello and welcome to Health Professional Radio. I’m your host Neal Howard. Thank you for joining us. Our guest today is Dr. Aaron Glatt, returning guest. Chairman of the Department of Medicine and Hospital Epidemiologist at South Nassau Communities Hospital. He’s here today to talk with us about some findings from the South Nassau ‘Truth in Medicine Poll’ that reflects an improper use of antibiotics. Thanks for returning Dr. Glatt.

Dr. Aaron Glatt: Always my pleasure. Thank you for having me.

N: This brand new poll that’s out, it suggests that we don’t use our antibiotics properly. I thought it was just a matter of taking them and letting them do what they’re supposed to do.

G: That is true. If people only did that, we’d be okay. When your physician examines you, evaluates you, and then appropriately decides that you need an antibiotic, then you should take it for exactly what the physician prescribes it for, for that amount of times and for that duration time. Unfortunately, this poll with South Nassau Communities Hospital did, showed that a significant percentage of people don’t do that. They either press or pressure their physician to give them an antibiotic when the physician doesn’t take one as indicated and that’s extremely dangerous or they don’t take it as the way their physician prescribed it, or they retain it, whenever there’s leftover. There shouldn’t be anything leftover. They keep for a future rainy day.

N: Why do you think that it is that people don’t use the antibiotics when they’ve asked for them so frequently? Why aren’t they using them as prescribed?

G: I think there’s a couple of points that are critically important public health measures. Number one, antibiotics are wonderful, wonderful tool that physicians have. But, we’re approaching the post antibiotic era. We now have bugs, bacteria that are resistant or the antibiotics that we currently have available. We are coming back to a time when none of us thought we’ll never be talking about when we have no antibiotic available to treat an infection. Physicians need to be extremely careful in deciding does a patient truly need an antibiotic. Every time you prescribed an antibiotic, you change not only that own person’s body, their own person’s helpful protective bacteria and they’ll be getting rid of them. You’re changing the entire environment because those bacteria can be easily transmitted or passed from one person to the other. We have to understand that the antibiotic pressure bacteria responding to antibiotic usage in one person as for the whole society as well and that pressure can cause resistance to develop. That’s why it’s very important for a physician to make a clear decision that the antibiotic is needed or not. Unfortunately, physicians need education also. Many physicians inappropriately prescribe antibiotics. Here we’re talking from this poll, focusing more on what the patient needs to do. The patient has to understand that the physician says, “You have a viral infection or you have an infection or don’t even have an infection that antibiotics will not help.”. And then pressing the physician which is something that people do a great deal of the time, from my own personal experience as well as what our poll showed is dangerous, because the physicians are human being and the patient presses and presses enough, don’t give in sometimes inappropriately. So, you’ll be taking something that’s potentially very dangerous for you and for society besides costing quite a bit of money.

N: What about the patients that for whatever reason decides, they’re not going to take all of their antibiotic and we’ll give it to someone else who’s got the same symptoms or tell them to have the same symptoms.

G: Right, that’s very dangerous. Patients are good people but then our physicians and what may be inappropriate antibiotic for patient A is not necessarily inappropriate antibiotic for their brother, sister, husband, or wife and it could be exactly very dangerous, have the opposite effect. Well, for you is beneficial, to them it could be dangerous because of numerous reasons. Now, when you’re given a prescription for 5 days or 7 days, 10 days, 14 days whatever the physician tells us, is appropriate for that particular infection, you should take the entire amount of the physician prescribed and wanted to prevent complications. Sometimes, you’re getting better when you think you’re cured, but you’re really not. You need to take it for a couple more days. Unfortunately, sometimes people don’t take those extra couple of days, they may get away with it and then they store that antibiotic and they’ll say, “I’ll stay in this for the next time I need it or I’ll give it to my spouse, I’ll give to my child or friend who’s in the similar situation.”. That’s very dangerous. It could actually be fatal or to cause tremendous potential complications. The other person is taking an antibiotic that’s not indicated. There are fatal complications from antibiotic usage or your physician will hopefully be attuned to not prescribing certain antibiotic for certain people, or be watching and following the potential complications on certain antibiotics, as well as some of the adverse side effects of antibiotic can use, of course.

N: What did the poll reveal about attitudes when it comes to taking these antibiotics?

G: Many people are not aware that taking the antibiotic can cause the development of resistance. That’s a big, big public health disaster. People need to be aware how dangerous is that you’re changing while there’s the flora, the normal bacteria in both your body as well as in society. And if you’re not supposed to be taking the antibiotic, what will you do when your .. is in harm? People also need to realize that antibiotics are very specific. Just because one person has an antibiotic and it worked, it doesn’t means that it will work for another person, for you in the same part of the body that’s certainly for different of part of the body that has an infection. You’re given an antibiotic for your pneumonia, it may not work for somebody else as you’re on a tract infection or for this cellulitis, a skin infection. Antibiotics are very specific both to the person, for the disease and they also need to consider one other medicine that you’re taking, that it could interact with an antibiotic.

N: How much does a person’s age play in whether or not they are likely to misuse antibiotics?
G: We saw a quite important differences in the age and gender as well as the ethnicity occasions in terms of their compliance with recommendations. Elder patients tended to be a little bit more good if you wish, in terms of their using a pool of antibiotics. Younger patients tended to be a little bit less good in terms of not keeping some of the antibiotic for rainy days. There were differences as well in men versus women and in different ethnic groups as well. I think the key take home point however, is room for improvement for everybody and understanding how one should take an antibiotic only when the physician prescribes it and exactly if the physician told you for how long you should take it, how often each day you should take it. If there is any leftover for whatever the reason, it should be discarded properly and not left around unfortunately for a child to take heaven forbid or for even an adult to take who isn’t supposed to be taking that antibiotic.

N: This poll is conducted mainly in New York, Long Island residence around that area.

N: Okay. In that area, what does this poll suggests nationally based on the numbers that you received from these areas?

G: I think that there’s no reason to think that the people in Long Island in New York City are really different than people across the country. These attitudes are unfortunately quite prevalent across the country. Maybe, at the percentages maybe slightly different in different places in the country both better and worse. But I think the message here is really a national message, I would even say an international message because this is a worldwide problem and some of these resistance concerns are really brought from elsewhere in the world to the United States where antibiotics are sometimes available over the counter. Antibiotics may not be as well restricted as they are in the United States, where there are black markets that can provide people with antibiotics much more easier than … going to a physician and getting them prescribed to you. And the resistance concerns that developed in other parts of the world can be very quickly brought to the United States with modern travel and to the way people are moving about from one place to another. Then this is a real worldwide problem. It’s been recognized by the World Health Organization. It’s been recognized by the United States government, which is mandated that the joint commission when they looked at hospitals as of January 2017 to accredit them, every single hospital in the United States must now have an antimicrobials stewardship policy or plan which means that every hospital in South Nassau has been at the forefront of this for many years, must really make sure that the physicians and other licensed professionals that used antibiotics in the hospital, are using them appropriately. We have an extremely robust and excellent program in place of South Nassau Communities Hospital that actually does that very well.

N: Where can our listeners go and get more information about South Nassau Communities Hospital and South Nassau Truth in Medicine Poll?

G: I think they go to our website to get a whole bunch of information. Have an entire series on antibiotic usage separate from the poll on a series of Youtube videos that we put together for public education. These are at South Nassau Communities Hospital website. They’ll see both the full poll results as well as some of the interviews that we have given and some of the educational programs that we have and they can find out all about South Nassau which is really a wonderful, great hospital for patients who they haven’t forbid need.

N: Great. And that website is www.southnassau.org. It’s been a pleasure talking with you today. I’m glad that you could return and speak with us Dr. Glatt.

G: Always my pleasure. Call on me anytime. It’s great to be able to be involved with helping to educate people. I’ll keep helping.

N: Thank you. You’ve been listening to Health Professional Radio. I’m your host Neal Howard. In studio, with Dr. Aaron Glatt, Chair of the Department of Medicine, Chief of Infectious Disease and Hospital Epidemiologist at South Nassau Communities Hospital. You can subscribe to this podcast on iTunes. Listen in and download at SoundCloud.