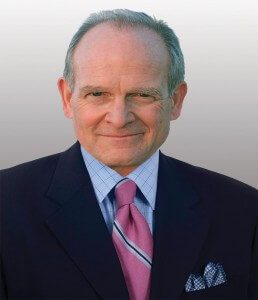 Dr. Charles Parker: Thanks, Neal.  Thanks for having me.  I appreciate it.

Neal: Great.  As an ADHD expert, I’d like to ask you, what exactly is ADHD?  Is it real, imagined, or is it actually biologically based?

Dr. Parker: As it exists right now, ironically enough, it’s a label.  It’s a behavioural label that is tagged on people in terms of the way they appear.  It’s my assertion – and I get into it much more in the book – that the deal that we’re having and the reason there’s so much of a debate about is that it’s almost completely unscientific.  It’s scientific from the point of view if you’re just measuring behaviour, but brain activity is way beyond just measuring behaviour.

So calling people a label like hyperactive or inattentive is a very vague, amorphous term based on appearances as opposed to what I think we should be doing, really thinking about brain function and how people are actually harmed by not having their brain work correctly in different circumstances in their life, which is what ADD is actually about.  It’s more than behaviour.  It’s malfunction of the brain in certain circumstances.

Neal: So it is biologically based?

Neal: Now, you mentioned experience in SPECT brain imaging.  What exactly is that and how do you implement it in your practise?

Dr. Parker: It’s very, very cool.  I’ve been doing SPECT imaging since 2003.  I worked with Dr. Daniel Amen out in New Port Beach, California, I opened his D.C. office.  It’s a long word, fasten your seatbelt.  Single Photon Emission Computed Tomography, which means, real simply, that you inject a radioactive substance in a person, it goes into the brain.  It measures regional, cerebral blood flow using a nuclear medicine technique.  So you can actually see, visually, how the brain is functioning.

Dr. Parker: Yes, it’s amazing.  I mean, people take pictures of the brain, like CAT scans and MRIs and stuff, but that’s not function.  That’s a static picture.  As I was saying a moment ago regarding ADD diagnosis, I’m for a functional diagnosis, and brain function measurements can actually show where the prefrontal cortex is not working as well as it should be.  So that’s what SPECT imaging does.  It measures brain function.

Neal: So it’s much more important to actually focus in on the function of the brain rather than just taking a picture, which is just an image of the matter of the brain?  Yeah?

Dr. Parker: Yeah.  The function is really, another big word, but it’s the neurophysiology.  It’s the way the brain is actually working as opposed to the way we think it might be working by looking at it from the outside.

Neal: Now, when it comes to the traditional ADHD medications, why do so many have such a bias against ADHD meds and diagnosis?

Dr. Parker: If people aren’t using functional measurements and really thinking about brain function in the treatment, which most of my colleagues are not doing – and it’s not their fault, by the way – I’m not condemning my colleagues.  Because the standard of care has not been based on function, it’s been based on label.  So as a result, a lot of people are kind of shooting at targets that are quite amorphous, shooting at things that have no real measure.

They don’t know because there’s no way to really wrap your arms around it.  When they got done with an evaluation in our office, and what we teach our coaches and other people to do … we’re really interested in spreading the word.  This is not a business-building statement that I just made.  I’m just saying if we practise it correctly – anybody that practises it correctly – can do it correctly, and we can really translate brain science into common-sense strategies.  The public is thirsty for common sense in this sea of confusion that currently exists.

Neal: It seems as though you want to take the abstract and bring it down to some finite, bite-size, real information for the patients and the practitioners as well.

Dr. Parker: That is exactly what it is, Neal.  You caught us exactly right, because if we use concrete, data-driven evidence, then we can use common sense.  If you don’t have data, there’s no common sense.

Neal: I understand.  Now, there are some problems with the current diagnostic categories, as you just explained.  Can you expound on that a little bit, based on appearances?

Dr. Parker: Sure.  They are helpful because, yeah, you could say the person is hyperactive, they’re out of control, they’re impulsive with their language, they’re doing things incorrectly.  Well, that – t’s provocative.  It encourages a person to think more deeply about it.  It’s not like it’s totally meaningless.  But it’s only helpful to a certain point, and that is when you try to translate those findings into clear targets that you would want to medicate, therapise, do something with, that’s where the problem is.

Because then people don’t know what they’re doing, and they don’t translate, because the targets aren’t clear.  They don’t translate what the meds should be doing in clear ways.  So for example, one of the points we make in New ADHD Medication Rules is that medication should work in a particular way.  If they don’t work that way, then the whole thing is in 52 Pickup.  I’ll give you three quick examples.

Last time I checked, the body was connected to the mind.  Number two, pills have to pass through the body to get to the mind.  That’s another very obvious point that’s often overlooked.

Neal: I get that.

Dr. Parker: Then the third point is if the body is corrupted in some way and the metabolic pathways are rusty in some way, then the pills aren’t going to make it to the mind the way they should and they’re going to be unpredictable.

Neal: If you don’t consider the actual bodily functions, then you’re prescribing medications that are just going to sit dormant or do what they’re not supposed to do.

Dr. Parker: Absolutely.  This is another capricious, whimsical treatment strategy.  You have no idea what you’re doing.  You’re just throwing things around.  That’s why so many people have different games they play, like “Take this for two weeks and see if it works, take this …”  And the person … very frequently the patient comes in, “I don’t know if it’s working.”  “Well, I don’t know either.  Tell me, do you think it’s working?”  There’s no clear criteria.

I mean, I’m telling you in 2013, there’s no clear criteria whether it’s working or not.  Now there are some tests that person can take.  I’m not running down psychological testing.  But in terms of working with a person in the office, it’s way too complicated, because there’s no criteria.

Neal: What I’m hearing is … what I’ve read in some of your materials, the diagnostic ambiguity?

Dr. Parker: Yeah.  Diagnostic ambiguity, they don’t what they’ve got.  They don’t know whether they’ve got depression or ADD or anxiety.  This is the whole … one of the problems that confuses the whole situation is that many of these problems are actually mixed together, which is something we spend a lot of time teasing apart in the book.

There’s cognitive anxiety, which, by the way, is not in the current DSM-5, “improved version” of the DSM-4, Diagnostic and Statistical Manual.  DSM-5 is as outdated as DSM-4 because it’s got no brain science in it.  So what happens is if a person tries to figure out what types of anxiety a person has, they don’t even know about cognitive anxiety.

Neal: Fascinating information.  It’s been a pleasure talking with you today.

Dr. Parker: Thank you very much, Neal.  Have a great day.

Neal: Our guest has been Dr. Charles Parker, author of the New ADHD Medication Rules: Brain, Science & Common Sense, speaking about ADHD, some of the problems with diagnostic processes of today, and trying to make things better for all involved: consumers, researchers and practitioners as well.  You can find more information on Dr. Parker at www.drcharlesparker.com, also at www.corepsychblog.com.

You’ve been listening to Health Professional Radio.  I’m your host Neal Howard.  Transcripts of this program are available at www.healthprofessionalradio.com.au.  We’ll have much more health information for you.  Thank you.