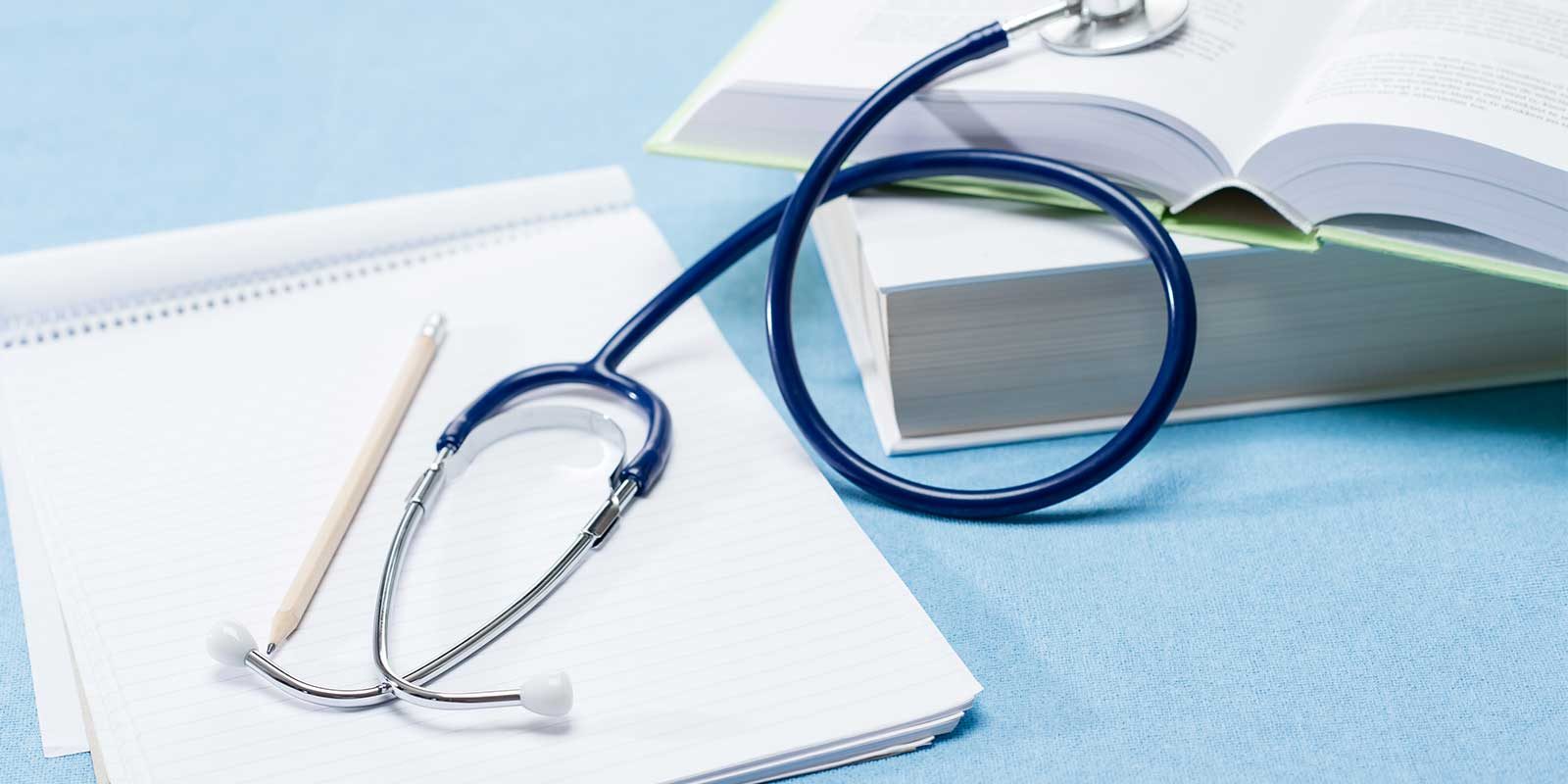 Adi Diab, MD, is a clinical investigator whose research is focused on developing new Immunotherapeutic Strategies that will improve clinical outcomes in patients. Building on his extensive background in immunology in general and tumor immunology specifically, Dr Diab is leading multiple clinical trials involving novel immune modulator agent with Melanoma. In addition, he is leading a program for Interventional Immunotherapy that was established to develop intratumoral therapeutic strategies in combination with Systemic therapy; designed to improve clinical outcome and allow better understanding of the dynamics of each patient’s immune response to the tumor. These strategies include tumor ablation such as Cryoablation, RFA or Radiation therapy as well as direct intratumoral injection of immune modulation agents such as TLR agonists, CD40 agonists and other immune-stimulating agents.

He has authored or co-authored over thirty scientific publications and abstracts and serves as a reviewer for the Journal of Immunotherapy and the Journal of the American Society of Hematology.

Dr Diab is board certified in internal medicine and medical oncology.

Neal Howard: Hello and welcome to Health Professional Radio. I’m your host Neal Howard, glad that you could join us on the program today. Our guest is Dr. Adi Diab, he’s lead trial investigator, Department of Melanoma Medical Oncology, the Division of Cancer Medicine at the University of Texas and he’s joining us here today on the program to talk about Idera Pharmaceuticals’ presentation of some data from the ongoing ILLUMINATE-204 Trial. Welcome to the program Dr. Diab, thank you for taking the time.

Dr Adi Diab: Good morning and thank you for having me. As you mentioned, my name is Adi Diab, I’m medical oncologist at the University of Texas, MD Anderson Cancer Center. What makes us really interested in the approach of using the Tilsotolimod drug which we’ll explain about in a second, is the background of what’s happening in the cancer world and what’s happening with immunity of the impact currently. As you know, there has been a revolution with the use immunotherapy to treat cancer patients mainly using what we call checkpoint inhibitor, drugs that block that CTLA-4 pathway and that acts on the T-cell subset of immune cells that specialized in killing cancers in addition to killing viruses and also a PD-1/L1 blocking agents that also also have a significant activity and treating multiple cancer including Melanoma, non-small-cell lung cancers, bladder cancers and other diseases. However, the problem with these great immunotherapy drugs, they are limited activity and their limited activity comes from the background that these drugs, first of all, they don’t kill the cancer directly. They activate the immune cells to kill the cancers, in particular activate the T-cells the subset of the immune cells specializing in killing cancers but they are relying on the T-cells first and foremost to recognize the cancer as a problem. And cancer in nature is not a foreign invader, is not a virus or bacteria, it’s a cell tissue that decided to do bad things by growing in the wrong places and invading the other organs and growing there and interfering with their function and ultimately if that continues they are lethal. But in essence, these cancers cells are cell tissues and the immune system at large is not programmed to attack those tissues and that’s where the limitations of T-cells are the subset of immune cells to recognize the cancer as a problem or as invader because it’s not. And then that will limit the checkpoint inhibitors’ activity, the anti-PD-1 and the anti-CTLA-4 because they only act on T-cells that’s already activated, recognized the cancer as a problem and then inhibit it at the level of either s CTLA-4 or at the level of PD-1 and these blocking agents will inhibit that inhibition along the T-cells to continue on resume their killing of the Cancer. But as we mentioned, most cancers do not look like foreign. Most cancers do not trigger the immune system to attack them because they look like foreigners or they look like invaders  and then there is no T-cells that activated and recognized the cancer and then there is no effectiveness of that checkpoint inhibitors to activate those T-cells. So what we wanted and what we really need is a drug that activates the immune system, first to recognize that cancer as a foreigner and then that will trigger an immune response mediated by the T-cell and eventually we can use the checkpoint inhibitors to unleash those T-cells and resume their killing. But the recognition part of the cancer by the immune cell is the missing link and it is a major problem for most cancers and what Tilsotolimod, it is basically a drug that activate the toll-like receptor 9  which naturally that toll-like receptor 9 or TLR9, its natural function is to recognize viruses and recognize other certain bacteria that invade the body and then set the alarm to activate another set of immune cells called Innate immune cells and particularly dendritic cells and macrophages and those will attack the cancer and have a better presentation of the cancer as a foreigner to the immune cells specifically to the T-cells and then the T cells will come and recognize the pieces of cancer on the macrophages and dendritic cell. They will get activated at this level is T-cells now have intelligence of how the cancer look like, they know that the cancer is an abnormal process that need to be attacked. And once they recognize that cancer, they travel everywhere in the body to look for other similar cancers and destroy them. So basically what Tilsotolimod is acting as an intelligent material to give more information about the cancer as a foreigner and activate the right immune cells to further characterize the cancer and present it to the real soldier of the immune cells, the T-cells, that eventually destroy the tumor.

Neal: Does this drug work alone or is it in conjunction with other drugs or with other conventional therapies?

Dr Diab: Yeah, this drug is not designed to work alone in this situation. As I said because it is injected injected intratumorally, its main goal is to activate those alarming cells that is around the tumor and present pieces of the tumor to the T-cells. The T-cells are the main soldiers that can travel everywhere in the body and kill the tumor so the drug is injected into a tumor, inside the tumor and activate those dendritic cells and macrophages and then the presentation would happen to the T-cells and the T-cells would travel everywhere. Now the T-cells, when they start getting activated after they recognize the cancer because Tilsotolimod was injected, they might have inhibition at the level of CTLA-4 or at the level of PD-1 and that’s when checkpoint inhibitor that block CTLA-4 such as Ipilimumab or anti-PD-1 agents, all of them can be complementary and allow this process to progress and become eventually effective treatment and eradicate cancer cells.

Neal: Where can our listeners go online and learn some more about Idera Pharmaceuticals and this ILLUMINATE-204 Trial?

Dr Diab: I think there is a lot of websites where they can learn about toll-like receptors but I think Idera has a website, it has a fairly nice cartoons that can explain the process that I just described right now and they can learn a lot about this process and this drug specifically from their website.

Neal: Well I thank you for coming in and speaking with us this morning Dr. Diab. Is there anything that you’d like to add with just about a minute?

Dr Diab: I think this is very exciting times for us to see what we learned all the time from our experiment in animals that’s being translated in humans but it is very important to know that it is a direct translation of so many years of knowledge about the immune system, how to attack viruses now being applied into humans to see how we can learn from that and attack the cancer cells and so far, we are excited of what we’ve seen.

Neal: Well thank you for coming in again and it’s been a pleasure, thank you so much.