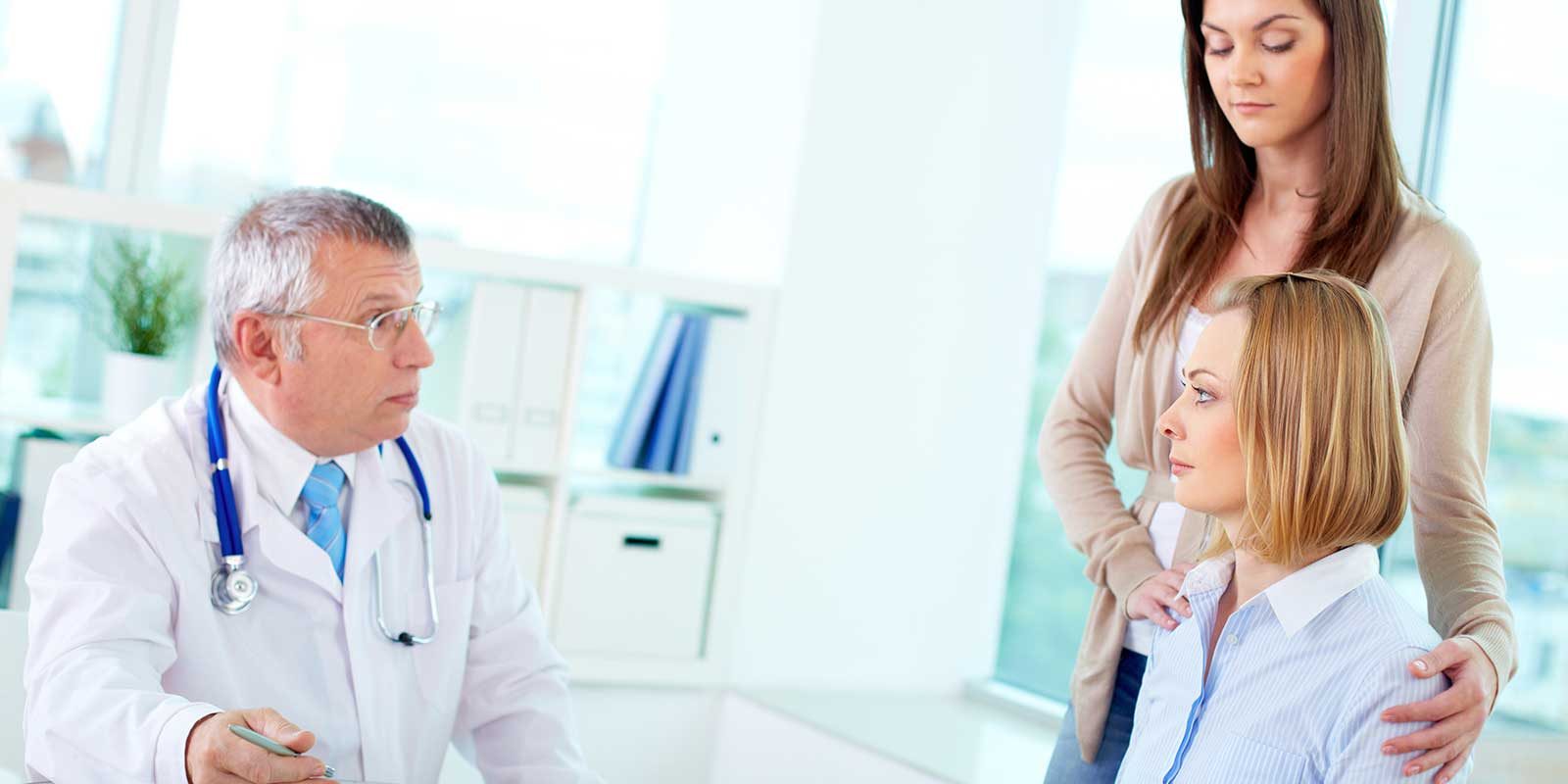 TV anchor and journalist Diana Falzone has partnered with SpeakENDO during Endometriosis Awareness Month to share her journey with endometriosis and its effect on her life in hopes of encouraging women to speak up to their doctor about their symptoms. Diana is joined by Dr. Rebecca Brightman, a Board Certified OBGYN.

Diana Falzone, 35, is an anchor and journalist for Al Roker Productions Bold TV. Previously, Diana was a FOXNews.com reporter and FOX411 host. In 2016, Diana was diagnosed with endometriosis and infertility after undergoing emergency surgery. She shared her story in an online essay that went viral and aimed to help raise awareness so other women would not suffer in silence. Now the mother to a 7-month old son, Diana has made it her mission to raise awareness of endometriosis.

Rebecca Brightman, MD is a Board-Certified OB/GYN in private practice in New York City since 1990. Dr. Brightman is an Assistant Clinical Professor of Obstetrics, Gynecology and Reproductive Science at The Mount Sinai School of Medicine and is a Voluntary Attending at the Mount Sinai Hospital. Her areas of interest include: the management of perimenopause, menopause, contraception and pre-pregnancy counseling. She is a fellow of the American College of Obstetrics and Gynecology (ACOG) and the North American Menopause Society (NAMS) and is also a NAMS certified menopause practitioner. She is a member of the International Society for the Study of Women’s Sexual Health. Dr. Brightman received her Medical Degree from the Mount Sinai School of Medicine. She completed her residency training in Obstetrics and Gynecology at the Mount Sinai Hospital.

Neal Howard: Hello and welcome to the program. I’m your host Neal Howard here on Health Professional Radio, thank you so much for joining us. Now when women are experiencing chronic pelvic pain, it’s not something that they should just ignore. It could in fact be a very serious health issue called endometriosis. Here to explain what endometriosis is and to discuss some important resources for women who may be living with this disease are our TV anchor and journalist Diana Falzone and board certified OBGYN Dr. Rebecca Brightman. Thank you both for joining us on the program.

Dr. Rebecca Brightman: Thank you for having us.

Neal: Dr. Brightman, a bit of your background. I know you’re in an OBGYN, talk about endometriosis. What is it? What are some of the symptoms? Is it hard to diagnose?

Dr Brightman: So endometriosis is a disease that affects one in 10 women of reproductive age and it can be diagnosed. It could be challenging to diagnose because the symptoms are variable and sometimes just attributed and chalked up to being part of being a woman. And the most common symptoms are painful periods, pain in between periods and some women have painful sex. And many women are too embarrassed to discuss their symptoms with their physicians so it’s important for women to learn to identify that their symptoms and if they actually are having some of the things I described, they should go online look into speakendo.com. There is a symptom quiz they can take to determine whether or not they may be at risk or perhaps whether or not they have endometriosis. In that way, they can be forearmed and be prepared when they go to see their healthcare provider so that they can be accurately, appropriately diagnosed and treated.

Dr Brightman: Well absolutely and I think a lot of women just assume that they’re having painful periods, it’s part of being women and that’s largely true.

Dr Brightman: With endometriosis, the difference here is that the pain, the symptoms are really debilitating. They’re life changing. Women with endometriosis frequently have symptoms that prevent them from partaking in activities, going to work. Some of these women miss school. That’s not normal. And I think if they’re having symptoms that are interfering with their day to day functioning, affecting the quality of their lives, this is something that has to be addressed.

Diana: And all this have been there too because when I was having my sudden onset of symptoms back in 2016, I remember not being able to sleep at night. I had a heating pad that I would just keep on my abdomen for hours at a time and I was taking ibuprofen and nothing was helping but I didn’t know what I had. I didn’t know that I was experiencing endometriosis.

Neal: Is this something that came on gradually over a period of days, months or was this something you say you woke up one day and boom, you’re in this pain that will not go away and persist? How did the symptoms present?

Diana: Well for me, it was a sudden onset of symptoms. I was working, I was on set and I felt a stabbing pain in the right side of my abdomen and then it was followed by heavy bleeding and also a low grade … and I went “Oh my Gosh something’s wrong here.” I don’t know what it is but I know my body well enough to know that it’s not right. So I saw several doctors before I was able to see a specialist who said “You know what, I think you might have endometriosis.” And at the time, I heard it, it was floated around. I remember I had a teacher tell me that her daughter had it but I never knew what it was and I certainly did not know the impact that it could have on a woman’s life.

Neal: Dr. Brightman, why did it take that many times to properly diagnose when she’s having this sudden onset of symptoms? Nothing over the course of a period of time.

Dr Brightman: Well the average woman endometriosis can have symptoms between six to 10 years before they arrive to their appropriate diagnosis. And I think with Diana, she probably looking back had some symptoms and then all of a sudden, once was diagnosed may have said “You know, I had had these symptoms for a while.” But there are women who do present with let’s say what we’d call an endometrioma, endometriosis cysts on the ovary and that may lead to their diagnosis but everyone’s presentation is different. Everyone’s treatments different and so that’s why if a woman has something that’s out of the ordinary or pain that they’re experiencing that just isn’t normal for them, they need to make sure it’s appropriately addressed and I think that if someone feels as though it’s not being appropriately addressed or someone is not listening, they need to seek out the advice of another healthcare provider.

Diana: And that’s why we have the #speakENDO because when I was diagnosed originally, there was not much, I didn’t know anybody that had endometriosis. So for me, I was able to talk and finally find a community of women online. So if women are in that place now where they’re like ‘Something’s wrong with me. I’m not sure what.” Go on to speakendo.com, use the #speakENDO so that you can find women who are going through a similar journey and who might have been a little bit more advanced in their journey and they can support you through what is I think a very vulnerable time for a woman.

Neal: What was it, looking back, that you said or did or how you presented and spoke about your symptoms to that key physician, the physician that said ‘Hey this is what’s going on.’ And boom, there’s the diagnosis as opposed to going to two, three or four specialists prior?

Diana: Well I I think I was able to just really share my story with this doctor and she also did further testing than other doctors had done in the beginning. I also originally went to a general practitioner and an emergency room who was not really the type of doctor you should see if you’re having the symptoms of endometriosis or reproductive issue. You should definitely see a gynecologist and speak with a doctor who’s specific to those body parts. So for me, it was finding the right doctor with the specialization of endometriosis who have seen it a lot and who  treated it a lot.

Neal: Dr.Brightman is their only treatment or is there a cure for endometriosis?

Dr Brightman: So there isn’t a cure but there are treatments and endometriosis, because tissues are similar to that which is normally found in the uterus grow outside of the uterus and these misplaced pieces of tissue, we refer to them as implants and they are estrogen-dependent. So there are many different treatments that are aimed at controlling these regions so there are some surgeries that can be performed to remove these lesions but again I think the most important thing to realize is that the treatment of endometriosis must be individualized and physicians, healthcare providers need to keep in mind where a woman is during her respective stage of her life, what are her goals or her goals on contraception, family planning because the treatment will really vary depending on patients’ needs.

Neal: Dr. Brightman, give our listeners a website where they can go and get some more information about endometriosis and its treatment. And then Diana, will you give us a website where we can go and learn a lot more about speakENDO and the support that you offer there?

Dr Brightman: Well I think we both suggest that your viewers reach out to or your listeners reach out to www.speakendo.com. It’s a wonderful resource and also there’s a symptom quiz. Women can actually take a quiz to determine whether or not some of the symptoms they may have may be in fact indicative of endometriosis. There’s a video library and also there’s a very important physician guide, a guide that will help women facilitate their conversation with their healthcare providers so that it will be easier to start the conversation and also they can be empowered by the conversation.

Neal: Thank you both, Diana Falzone, a television anchor and journalist and certified OBGYN Dr. Rebecca Brightman. Thank you both for joining us here on Health Professional Radio this morning, it’s been a pleasure.