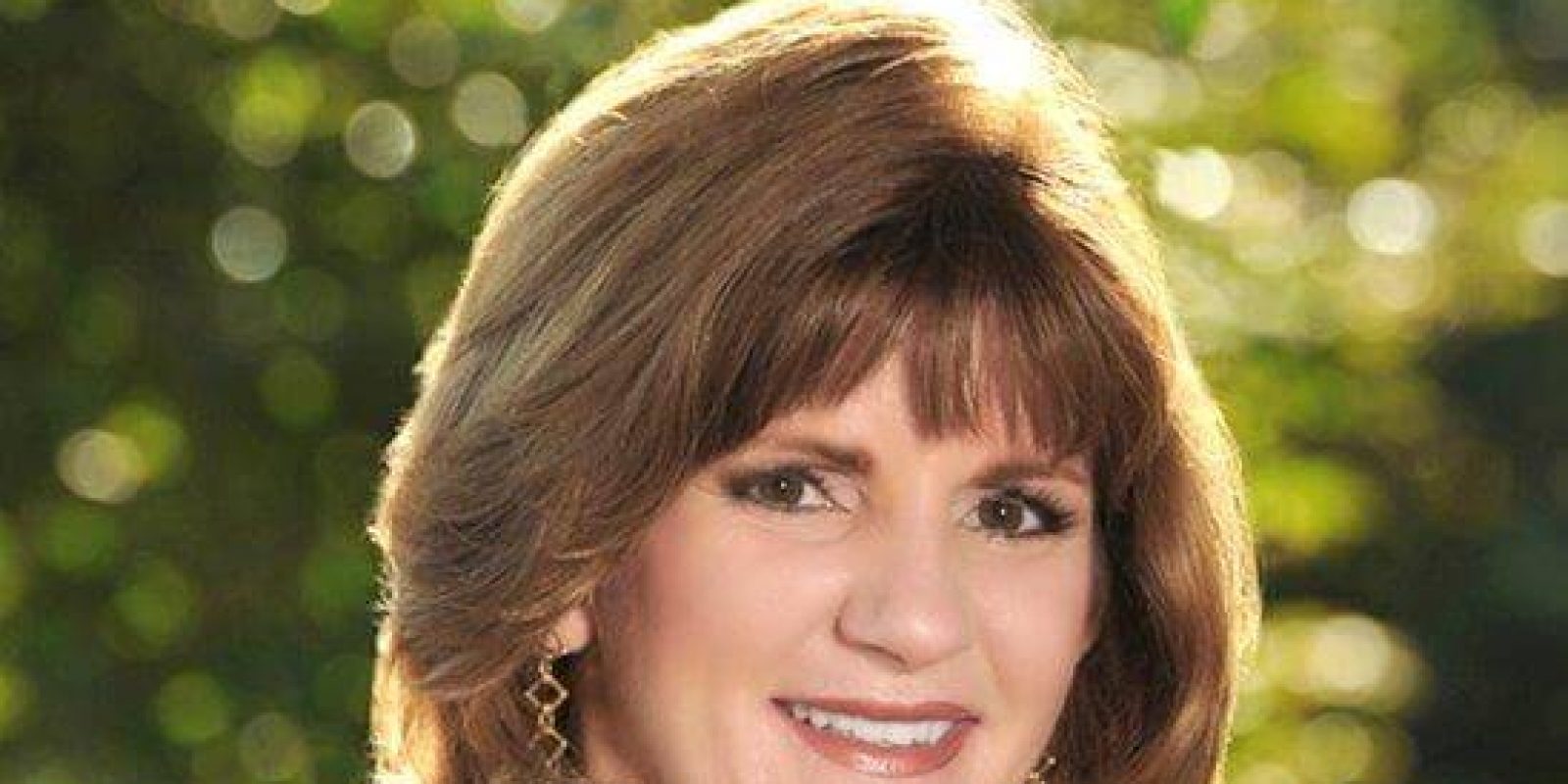 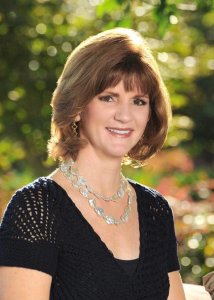 Segment overview:Dr. Kimberly Cress, MD, a psychiatrist and founder of the TMS Serenity Center in Sugarland, TX, discusses what she’s observed in her TMS clinical practice and what patients should consider when choosing a TMS treatment.

Neal Howard: Hello and welcome to Health Professional Radio, I’m your host Neal Howard. Thank you for joining us here today. Our guest in studio today is Dr. Kimberly Cress, Psychiatrist and Founder of the TMS Serenity Center in Sugar Land, Texas. She’s joined us here in studio on Health Professional Radio to talk about some of the things that she’d observed in her TMS clinical practice and what patients should consider when they’re choosing a TMS treatment. Welcome to the program Dr. Cress.

N: Thank you. Well first of all tell our listeners what TMS is.

C: So TMS or Transcranial Magnetic Stimulation is a neuromodulation treatment, so we’re using an MRI strength magnet in order to help the treatment of depression by facilitating the release of neurotransmitters like serotonin, norepinephrine, dopamine those neurotransmitters that are provided artificially through medication we can help facilitate their release through the treatment without the risk of systemic side effects that can occur with taking medications.

C: That’s a great question. I started my practice in 2000 and in 2010 prior to that I’ve been following the research in regards to TMS and TMS had been FDA cleared in 2008 but I had a particular individual that came in where she had been sensitive to side effects with every medication no matter if I gave her a liquid preparation at a lower dosage, pieces of pills, different medications, different mechanisms, she was not able to tolerate the treatment. And we had a conversation that the next step was to consider TMS or ECT or VNS (Vagal Nerve Stimulation) and her comment back to me was ‘You’re not shocking me. You’re not implanting anything in my chest. Let’s look into the magnets.’ And so I did additional research specific for her care it struck me how, I have other individuals on my practice that despite the medications or medication regimen that I have them on but they were still really struggling with depression and TMS could be an important treatment modality to help offer them to help them finally get some relief from their depression that they were still struggling with. That it wasn’t just gonna be specific for this individual, so that’s when I’d elected to incorporate TMS and the NeuroStar treatment into my practice and I now actually have 2 NeuroStar chairs.

N: When we’re talking healthcare and treatments and recovery and what-not, we hear buzzwords throughout the industry. We hear clinically proven and evidenced-based, what are some of the clinically proven outcomes? Because as consumers especially when we’re looking to maybe go off the beaten path as it were, we’re looking for some hard evidence to let us know that what we’re considering isn’t just some fly by night or sham treatment especially when it comes to something as severe as depression.

C: Absolutely. The first study comes in from the data that was collected by Neuronetics for initial FDA approval of TMS in 2008 which found individuals with major depression off of any anti-depressant medication, they received one in two went into response and one in three went into remission. And as the years have passed additional data has supported it and that includes the study that was done by the NIMH which actually replicated the findings of that initial trial done by Neuronetics. We at the TMS Serenity Center have been as well monitoring to see how individuals do of the course of time and having them complete various rating scales whether it’s a back depression, back anxiety, the PHQ-9 and in fact this has may presented our data at the American Psychiatric Association and of a hundred and twenty three patients with major depression we had a 76% response rate and a 72% remission rate. I have been able to help individuals in ways I’ve never been able to help them with another medication trial with the use of TMS. So more commonly the individuals who I’m treating especially in the beginning with TMS were those that I have been treating for years with various medications and still they were struggling with depression and TMS has been able to help them get their lives back in ways that they’d never had it before.

C: Well that can be a very complex question in the sense that we certainly, in anytime in evaluating an individual we have to rule out any other types of comorbidities. For example do they have a thyroid condition? That could play a role in their mood disorder and so that needs to be effectively treated. Is there a medication that they’re taking that can as a side effect could fuel their depression? So we certainly want to effectively evaluate individuals to make sure that any of those comorbidities are not there. Do they have substance abuse related issues? We know alcohol is a depressant, are they abusing alcohol? That can have an impact on their mood.

C: I think it would be asking the question why is this the right next step for me? Why would I want to consider it? To me anybody who I will consider TMS treatment would be somebody whom has struggled with depression despite various medication trials and/or can’t tolerate the antidepressant medications due to their side effects. That would be somebody that would be a likely candidate who would benefit from TMS treatment. The other thing that’s important to think about and certainly research has proven that if we have individuals who are struggling with major depression the longer they go with the depression and not getting to the point of remission is going to be harder to finally help them get some relief from the depression. And so the sooner we effectively treat their depression and the course of the illness, the more effectiveness we are going to have. And as we see more and more individuals struggling with depression, we have 16.1 million individuals in America struggling with major depression, this is an illness that’s having an impact on clearly millions of individuals and we need to treat but treat effectively. And we have over many millions of individuals who are still struggling and not getting effective treatment with medication.

N: Have you found in your experience or in your practice there in Sugar Land that sometimes a patient goes into remission and is not responsive to additional TMS treatments but has become responsive to medication or vice versa?

C: Clinically I have not seen an individual who was not responsive to TMS then be responsive to a medication trial. I have had a rare situation more of had an individual where they didn’t respond to TMS but they did respond to ECT. But I’ve also had just a reverse, I have several individuals in my practice who received ECT and/or have had Vagal Nerve Stimulation and still struggling with depression and TMS got them out of the darkness of depression. One of the first patients I treated, Gloria had had ECT in her past and I love her quote if you don’t mind me saying that because I think her expression of how she responded to the TMS can give more information than I ever can and Gloria goes on to say “I’ve had depression for a number of years and have taken many medications. However none, no depression treatments have had the impact that TMS has had. I no longer wake up in the morning wondering if I was able to push myself enough to get one thing done or will be another day of languishing around the house. I am no longer a person just surviving my depression, I’m a happy person with the motivation to make a life for myself. That’s what TMS has given to me.”

N: Now where can our listeners go and get more information about TMS therapy or possibly find a NeuroStar TMS treatment location near them?

C: So neurostar.com at their website you can find a provider in your area closest to you.

N: And as far as the TMS Serenity Center?

N: Great. It’s been great having you here in studio today Dr. Cress.