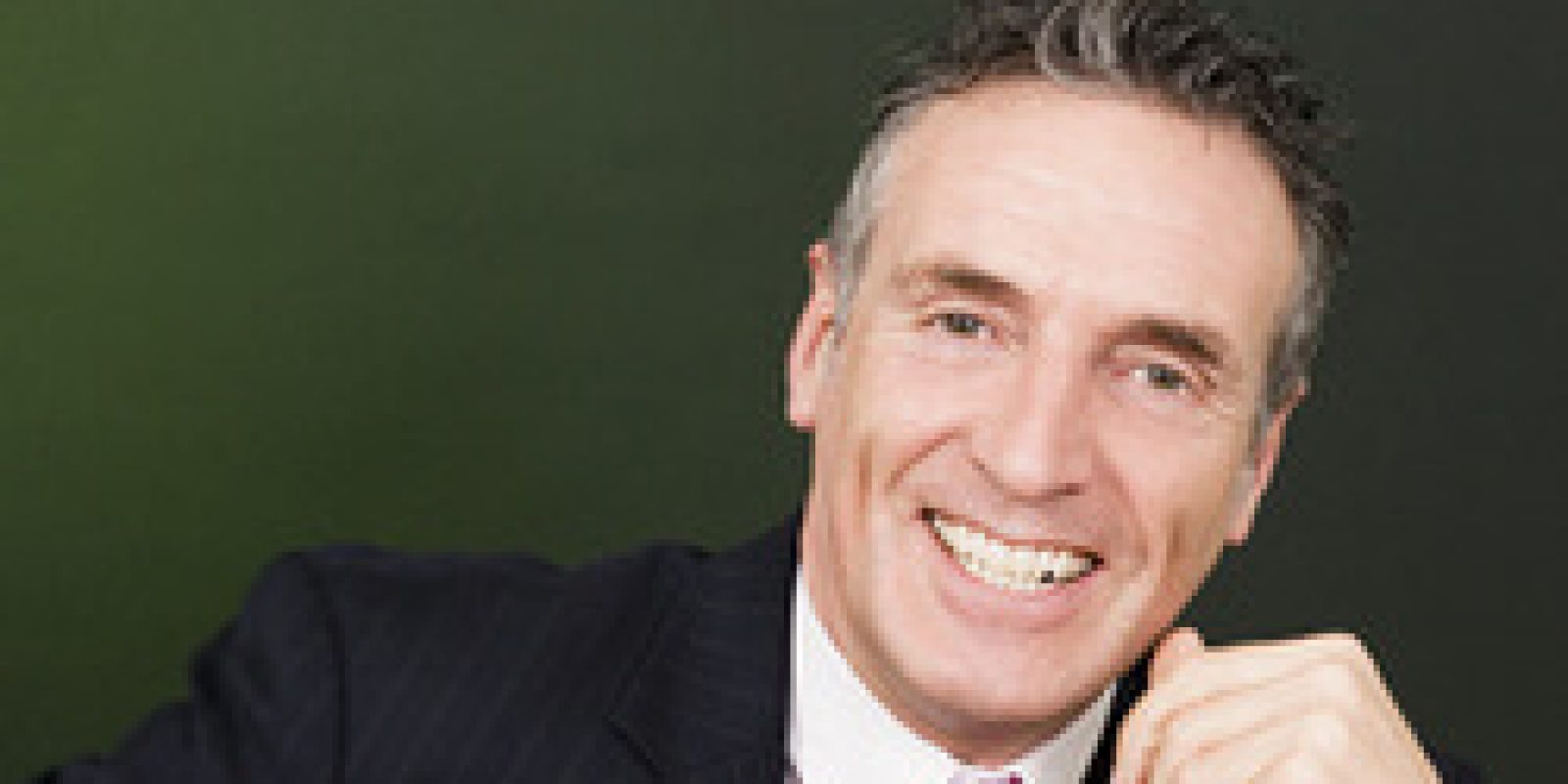 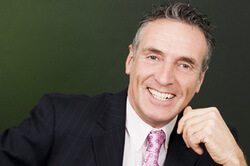 Presenter: Neal
Guest: Dr. Stephen Shrewsbury
Guest Bio: Dr. Shrewsbury was most recently Senior Vice President, Preclinical & Clinical Development and Chief Medical Officer of AVI BioPharma (now Sarepta Therapeutics). From 2005 until 2009, he held similar roles at Adamas Pharmaceuticals and MAP Pharmaceuticals. While at MAP, Dr. Shrewsbury lead four inhaled drug programs and took two lead candidates (in asthma and migraine) from preclinical stage to Phase III in 18 months. Prior to his experience in biotechnology, Dr. Shrewsbury spent 10 years with Glaxo and Chiron launching notable respiratory programs such as Seretide in Europe and Flovent and Advair in the US.  Dr. Shrewsbury received his medical degree from the University of Liverpool, UK and spent 13 years working in the UK National Health Service before entering the pharmaceutical industry.

Segment Overview
Dr. Steve Shrewsbury discusses factors that contribute to the difficulties in stopping the spread of the Ebola Virus.

Neal: Hello, you’re listening to Health Professional Radio. Thank you so much for coming and listening with us today. I’m your host Neal Howard. Our guest in studio today is returning to talk to with us about the Ebola Virus. The Ebola Virus has been prominent in the news around the world, formally kind of isolated to certain countries in West Africa. Now having spread to major cities and that region of the world as well as the United States, Spain and other places. How are you doing today Steve Shrewsbury?

N: Now as a doctor and also the author of “Defy your DNA,” your book talks about specifically of gene patches, how our DNA makes up who and what we are and also how our DNA can be changed. When you were here before we talked very very briefly about the Ebola Virus, about almost a year ago now I think. We’ve talked about how if the Ebola Virus were to reach major cities within Africa, how it would then spread to the world. We were talking, not knowing how that would happen, but just knowing that because of the sheer population of these large metropolitan areas. The spread of Ebola would be significant and sure enough this has happened. When we were talking about Ebola and your experienced with it, when did you first encounter the opportunity to research the virus?

S: Well Neal, when I was Chief Medical Officer at AVI BioPharma as it was, it’s now called Sarepta Therapeutics, we actually were working with the US Department of Defense to develop therapeutic treatment, gene patches basically, against both Ebola and Marburg. Now these are both very lethal phyla viruses and the US Department of Defense were not unsurprisingly concerned lest they should be, should an attempt be made to weaponize them from obviously some quarter of the globe or another. And so we were developing these treatments and in fact we applied successfully and were given grants from the US Department of Defense to develop these all the way through to the point where stock pile of treatment could be made, potentially for US troops. Exactly on the situation they’re facing now where they have to go to West Africa and basically help the local communities fight this terrible outbreak. Unfortunately, I actually set up and we ran a Phase 1 clinical trial with both of the products, both the Ebola and Marburg gene patches, and those results were reported but then unfortunately during the difficulties with agreeing with the budget in the US government. The government shut down and the Ebola program was put on hold and so was the Marburg. I think the Marburg did get back on the way but the Ebola program, to my knowledge, was kept on ice so I’m not sure what the situation is with Sarepta now. It’s very disappointing to me because have that program continued, they could now be in a situation where there would be a decent stock pile of drugs and the troops going out to Africa could have had supplies of these treatment, perhaps.

N: Now to your knowledge, what type of preventive measures, if any, other than protective gear and cautious protocols do soldiers have or anyone else going into that area? I know there are people who are still coming and going – who are doing medical research there, helping with Ebola victims and other victims having nothing to do with Ebola but still being in those areas. Is there any type of preventive measure other than protective gear and as I mentioned before, the safety protocols that one has in place before going?

S: Well I’m not close enough to it Neal to know if there are any other specific measures but there’s a couple of points that you’ve made there. Firstly, obviously it’s very important that both healthcare workers and troops, whoever else is going in to the area – are adequately trained on what the risks are and provided good precautions and you mentioned, you know, obviously clothing are very important and other precautions are followed – I believe the risk of transmission is not too high. The problem within West Africa has been, I believe, mainly around the burial practices. Once the patient is dead there is a lot of contact from the next of kin and from people in the way they prepared bodies for burial. And that has allowed, I believe, the virus to spread and I think with, perhaps, a different method of preparing bodies for burial – the chances of transmission are less. Having said that, I mean, we heard recently that it does cross to healthcare workers who are trained. There was a case, very recently, of healthcare worker in Spain…

S: getting the virus from looking after a patient. So it is not impossible to get it and there are at least a couple of companies and the Canadians actually seem to be quite far ahead in actually developing a vaccine. But whether that vaccine is actually being given to any of the troops prior to them to departing for West Africa, I don’t know.

N: Now in recent days, as a matter of fact, during this very week – I’ve heard it was said that the United States government had run out of the ZMapp experimental treatment that was being developed in Kentucky. It was a derivative of tobacco. It was given to the first two people that came from Africa to be treated in Atlanta, I believe. What is your knowledge of that ZMapp technology?

S: Very little Neal. Again, it is one of these experimental treatments and as in all experimental medical treatments, you know, there are a large number of steps that you have to go through even before you can get a drug into the clinic which is when it is actually given to humans. I am far more familiar with the gene patch treatments because as I’ve said, the gene patch that AVI/Sarepta was developing had gone through all that pre-clinical testing and actually gotten open IND, Investigational New Drug in the US, and that was actually a quite few years ago now. In fact that was, I believe, If I recall, granted in December 2008 so you know, nearly six years ago that drug has been potentially available for testing in human populations. And then obviously within that, there is a number of steps to the testing. Now normally, a drug, and I explained all these in my book, “Defy your DNA” – normally, the testing goes into three big chunks. The first is where you do some very careful testing of its general safety and tolerability and pharmacokinetics. Giving it to very small numbers, of generally healthy volunteers, in very careful controlled situations, in very incremental doses to find out how safe the drug is. Next, you go into potential treatment in the disease population and then lastly you do these, very often, large confirmatory studies. Now, in the case of Ebola, really, we can only do that phase 1 testing because you can’t, or at least at the time that I was working with at AVI, there were no widespread outbreaks. You can’t give people Ebola and then test the vaccine drug against them.

S:  So what we we’re planning to do was use a particular mechanism called the “animal rule,” where in very very carefully controlled containment facilities, in this case, the US army would have given the test drug or placebo to primates who would have been exposed to Ebola and see how they survived. Now, preliminary experiments have actually shown the drug as really effective. It had reduced to an almost 100% lethality to, you know, almost zero. Certainly, it’s a huge improvement, and you know the plan was to use some of that pre-clinical testing or that testing in animals, to sort of model what will happen in the human situation. Of course now would be the ideal time when, if there was sufficient stock of this drug, it could be tested in the human situation. But again, that would obviously be for the company to discuss that with the FDA. But the FDA have, as you’ve mentioned, with ZMapp and with some of the other drugs, they’ve been very closely working with CDC and the World Health Organization to try and be as flexible as possible and allow experimental treatments to be made available to humans in this terrible outbreak.

N: Right. You’ve been listening to Health Professional Radio. I’m your host Neal Howard. Our guest in studio today has returned, Dr. Stephen Shrewsbury. He’s also an author, the Author of “Defy your DNA”, how the new gene patch personalized medicines will help you overcome your greatest health challenges. We’ve been here today talking about some of the implications of the ongoing Ebola outbreak. It’s developing daily in the news worldwide and Dr. Shrewsbury has had some experience dealing with the virus on the DNA and gene patch level. It’s been great having you here with us today Dr. Shrewsbury.