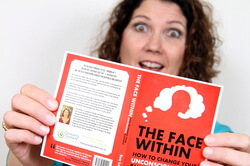 Segment Overview
Sue joins us here to talk to us about “Unconscious Blueprints & Work Place Dynamics”.

Katherine Lodge: Thank you for listening to Health Professional Radio. I’m Katherine and today our guest is Sue Lester, Head Transition Coach, speaker, adventurer, and the author of “The Face Within: How to Change Your Unconscious Blueprint.” With over 2,000 client hours and hundreds of case studies, Sue has explored how our internal image of ourselves form our unconscious blueprint. And this unconscious programming can impact the way that we develop healthy safe relationships, build successful careers. And Sue is here to talk to us today about the workplace dynamics. Welcome to our show.

K: Now in the work that I do, I have the great fortune of speaking to a lot of business owners and when I ask them, “What are some of the main challenges that you face after running a successful business over the years” They often mention it’s the staff, whether it’s finding the right people, finding the right dynamics for their team, will they fit in. So my question is why are people so difficult?

S: (chuckles) You know there’s a reason why sometimes office politics reminds you of the school yard with bullies and brown noses and little kicks and hanging on.

K: Exactly. Back in high school or kindergarten sometimes.

K: Yeah. And I mean, like you said some work places can be very toxic. People complain about management, their personality clashes. I myself and I’m sure many of our listeners that are listening have in some stage of their working lives have experienced the workplace where maybe they enjoyed the work but maybe not the company culture.

S: Absolutely. And then that impacts on your work and tends to lead to stress levels which then means illnesses and sick leave and everyone suffers.

S: And you might have an unconscious blueprint of someone else in your office, as an extremely strong powerful, overviewing much larger than you actually are in real life. So then the dynamics between your relationships and your interaction is shifted.

K: I see. So it’s beyond a person’s role in the organization, but also how they are perceived by their colleagues as well.

S: Exactly. I was working with one woman who is a business owner, she was actually being bullied by one of her staff members. Which was an interesting dynamic, it’s actually the client didn’t have a very empowering self-image. And the unconscious blueprint of her employee was of almost like a mother figure and mature but the staff member’s actually on her 20’s.

S: So it was really an interesting dynamic there. Another example…

S: Another example was a client business owner who employed someone to be second in charge and by on paper and when admitting this guy and he looked fine. He was competent, professional, well-presented but there was a lot of tension. A lot of stress and my client wasn’t happy with him and was unable to delegate and because the idea was to groom this guy so he’d go up and my client going to holidays and leaves the business in his care. And when we went in and had a look, his unconscious blueprint of his OIC was of, in his words, a “douche.” (chuckles)

S: Yes, exactly. Sort of poppish in this, yeah not someone you could really trust or you know, someone you’re gonna leave your business in the care of. So once we updated that and he chose to change douche to dude so the image matched that person, it just, they blossomed. Because you know it’s a self of a change, someone treats you in a certain way you tend to respond back in that way. And then it becomes a self-fulfilling prophecy, basically.

K: Yeah, because I mean a lot of people spend so much time at work, don’t they? And they, some people even spend more time at work than they do with their own family and it’s such a you know, it’s such a because so much time we spent there. People aren’t always professional and cracks bits, they start showing and yes, so when you’re going to the workplace you have to deal with so many different personalities and you know warts and all.

S: Exactly. So I mean I’ve seen a workplace, I just want to itching to get in there and just make shifts and changes so people are responding to each other as adults, on even keel basically. Because when you think of someone got an unconscious blueprint of I don’t know 14 to 15 year old for example, you know teenagers, sometimes they can be grown up and active and proactive and other times they do the hissy fits and the sulk and they get all emotional. So if you got a few of those in your workplace, it’s enough to drive anyone mad.

K: Yeah, and you mentioned before you know it’s like a school yard again.

S: You know the bitching and snapping behind people’s backs and, “No we’re not gonna play with you.”

K: Yeah, the popular crew and all of that. Yes…

S: Really if you in the flow and you’re working as adults, things run smoothly. I guess that’s the difference between a workplace for the dynamics, everyone’s working in together versus one where everyone’s fighting against each other.

K: Right and I mean this is a really tough question but how do you get to that point? I mean what we talk about is a great environment where everyone can flourish and they can grow and learn and collaborate. How do you go from a very toxic work environment and you know move it forward?

S: As always, it starts at the top. So it has to be the leader. From the leadership and working down, bear in mind that was you know, the top, the management that actually employed this people. And sometimes, I mean, the idea is that you employ people who are smarter than yourself but often what we do is employing people that you feel more superior to.

S: You know there’s that dynamic there as well.

K: Yeah. And I think I wanted to talk about, I mean, I used to work in some quite corporate environments and you know there’s all that team building and you know staff lunches and staff dinners, and especially if you’re not getting along well, that’s like the last thing you want to. (chuckles) You know, “What? Dinner together? Do I have to go?” You know and yeah you spend enough time with them at work already and then when you do this team building stuff, sometimes I feel like it was a token. It’s like they just want to tick the boxes saying, “Yup we did our you know whatever for the year. Our ra ra ra session, okay now let’s get back to that project or what have you.” So I don’t know if you see this with your clients but sometimes there are these kind of a superficial I guess it’s better than no gesture to build some of the gaps, bridge the gap.

S: Sometimes. It’s this tokenism to the staff, no. It doesn’t come from a sincere level.

S: Yes. It mean if you see through that and like you said, it doesn’t work. All the activities are ones that actually enable people to see them in a different light. It’s just the same old roles, it’s a different environment so there’s no lasting changes happen because everyone still playing the same role just you know in the bush rather than in the workplace.

K: Right. So those of you that are listening, if you’re partaking in these awkward, silent lunches, and you know going into the bush and doing you know these camping trips or whatever. Maybe yeah, have a look and like you said try to create some real change. But thanks so much for your time and for your insight.

S: That’s alright. Just know that the answer is inside.