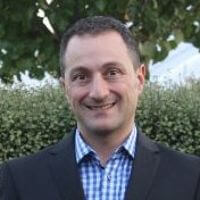 Katherine: Thanks for listening to Health Professional Radio. My name is Katherine, and today I’m joined by Danny Urbinder. He’s a naturopath and the BioCeuticals educational manager, and today we’re talking about UTIs. Welcome to our show, Danny.

Katherine: And can you just tell us a little bit of what that is?

Danny: Well, a urinary tract infection, as it sounds, is an infection, typically bacterial, but the most common culprit is E. coli.  So, an infection of that bacteria in the urinary tract, which can cause a range of nasty symptoms including things like burning and difficulty with urination.  It can be a problem that is quite recurrent in some people, something that is often difficult to manage and could be really quite debilitating in those people that suffer from it.

Katherine: Right, and what are the common causes?  Now, you’ve mentioned E. coli.  When you say E. Coli, I think about – E. coli sometimes is in food that has been contaminated.  How do people get UTI?

Danny: Well, it’s a good question, and some of it is, I suppose, physically quite obvious.  E. coli is also found in our gut as well, so some of the more common ways that we might get urinary tract infections, at least to start with, might be from poor hygiene.  So, in particular, women, it’s just due to anatomy – often just the direction that you wipe can result in where the bacteria goes.

Perhaps you start to see an outcrop of certain bacteria that might sit in the background – because E. coli always sits in the urinary tract.  It just tends to be more in the background, not causing any problems.  If you have a disturbance of your bacteria, maybe due to diet, stress, antibiotic use, then those things can certainly affect the balance of bacteria in your urinary tract and you might have an outgrowth of E. Coli, resulting in infection and infectious symptoms.

Katherine: Right.  And I was going to ask you if it’s more common in women or men, and you did answer that – because of the way the woman [indecipherable 0:02:31]?

Danny: Probably for that reason I just described, yeah.  So, it’s probably due to anatomy more than anything.

Katherine: Now, would you be able to clear up a myth about UTI.  Some people think it’s to do with sexual activity or maybe even an STD.  Can you clear some of those myths up for us?

Danny: Well, to my understanding you certainly would be having any more increased risk of UTIs with sexual activity, so it might actually be worth going to the toilet after sexual activity.  So, there is a connection there.  Obviously you’ve got a transference in bacteria from one person to the next, so if you are susceptible then it is a possible route.

Katherine: Right.  And let’s talk a little bit about some options for people.  How can they treat UTI?

Now, these are certainly very important in terms of perhaps overcoming an infection there and then, and certainly helping to reduce some of the debilitating symptoms that someone might have.  I think that the problem runs, in the long run, certainly for people that have recurrent urinary tract infections, is that by having those antibiotics ongoingly every time you get a urinary tract infection, what you’re in fact doing is altering the bacteria in the environment of your urogenital tract, which makes you more susceptible to the infection later on.

So, we need to start thinking long-term about how to prevent this, and that’s where [indecipherable 0:04:52] come in.  And likewise, long-term use of those alkalising agents as well change the pH environment of the urinary tract.  And of course when you talk about bacteria, they like to live within certain parameters, certain pH parameters.  And there are certain pathogens that prefer more alkaline environments, and our lactobacillus acidophilus, as the name implies, tends to like more acidic environments.

Katherine: Right.  You have some herbal therapies that you have found that is effective.  Could you tell us a bit about that?

Danny: Yeah, sure.  So, traditionally most people would be familiar with cranberry, which I suppose has been noted to be really quite an effective formula, particularly when it comes to prevention.  In fact there was a Cochran review that came out in 2012 that pretty much showed that, as far as cranberry is concerned, it’s particularly effective as far as prevention is concerned.

You need to achieve a certain amount of the actives [sp].  And look, the jury is out as to whether it’s actually an effective treatment or not, but I would certainly consider using it ongoingly if I did have recurring urinary tract infections.  The important thing to note is not from your typical supermarket sweetened cranberry juice.  It needs to be a therapeutic supplement, one has standardised what we call proanthocyanidins – these are the actives – and these are the things that prevent adherence of E. coli to the urinary tract wall so they actually can’t gain hold and actually create an infection.

So, it makes the environment of the urinary tract rather slippery to these bacteria as a result.  That becomes even more effective when you combine it with some other considerations, and in particular probiotics.  They’ve got things like lactobacillus plantarum for example, which, it inhibits.  It’s known as competitive inhibition.  It actually out-competes the pathogens for spaces in the urinary tract.  So, this can be quite a useful way of also preventing and treating infection.

There was a recent study to show that in 2010, and that, when you actually combine that the effect of the inhibition with the lactic acid that these probiotics produce, suddenly you’re altering environment of the urinary tract, and you’re making it more conducive for all these probiotics to start to proliferate.  So, that’s quite exciting.  You can start to see that perhaps combinations are going to work more.

Even more than that, when you combine this lactobacillus plantarum that I spoke off and you combine it with pomegranate, it turns out that pomegranate has a compound in it known as ellagic acid, which is able to actually impact E. coli by actually reducing its ability to replicate DNA.  So, what can happen there is that you can use ellagic acid to actually shut down the reproduction of E. coli, but it needs to be released from pomegranate, and it’s actually bound chemically.

And what L plantarum does is it actually has an enzyme activity that’s actually able to break ellagic acid away from its bond in pomegranate, so that it can have this therapeutic activity.

Katherine: I see.  And it’s a good point that you said that it’s not the cranberry that you just buy at the supermarket.  You really need to see a health professional to address this.

Katherine: You also mentioned some people have reoccurring.  What do you mean by that?  Like what would you consider reoccurring?  Is it monthly, is it … like when do you know that you’re more prone to getting UTIs?

Danny: Well, for many people it could be seasonal.  So, I suppose it would certainly relate to another nutritional factor, which I can mention as well, but people certainly know when they’re getting a urinary tract infection.  I think that seasonal infection is a very common cause.  So, winter time, some people get colds and flus, others tend to be more susceptible to urinary tract infections.  Stress is another culprit.

You need to consider lifestyle factors as well.  So, certainly a high-sugar diet – we tend to feed pathogens when we have a high-sugar diet.  We also tend to alter, I suppose, just the environment of the urinary tract when we do have a poor diet.  High fibre on the other hand, good, high, complex fibre, particularly water-soluble fibres, tend to act as food for probiotics, so they’re known as prebiotics.  And that can also help to promote a health environment in the gut as far as our micro [indecipherable 0:09:36] are concerned.

But the interesting thing with the seasonal urinary tract infection is that it might be linked to low vitamin D.  Vitamin D deficiency is certainly been noted to have a big impact on our immunity in general, but with regards to urinary tract infections, we know that Vitamin D is responsible for the production of a particular antimicrobial peptide that is actually released into the mucosa of the urinary tract.  This is one of the things that actually helps to manage pathogens naturally in our urinary tract as well as our gut.

So, when we become low in Vitamin D, we actually slow or lower our production of this antimicrobial peptide known as a cathelicidin, and as a result we become more susceptible to infection again.

Katherine: Right, hence the winter time being [indecipherable 0:10:29] as well.

Katherine: Yeah.  What tips can you give some of our listeners to stay healthy?

Danny: Sorry, I missed that.

Danny: Can you repeat that?  Sorry.

Katherine: Sorry.  What tips can you give?  Can they maybe be more hydrated or … what are some lifestyle or diet tips that people can do to prevent UTIs?

Danny: Well, certainly diet plays a big role.  As I mentioned earlier, if you have a diet that’s rich in simple sugars – and when we say simple sugars it might be things as simple as you have lots of sugar in your tea and you drink soft drinks, right up to just eating white bread.  And it all tends to be converted into very simple sugars, which act as food for pathogens.  And many people will note the symptoms that they have after they might have a carbohydrate-rich or a simple carbohydrate-rich meal, is they tend to get bloated.

That bloating is an effect, what happens when those nasty bugs ferment the sugar.  That effect can also occur in our urinary tract as well.  We can feed simple sugars via our bloodstream to the bacteria, and that bacteria transfers to the urinary tract.  So, that’s the first thing to consider.  Certainly maintaining a health lifestyle, which includes exercising.  We know exercising boosts our immune system.  Being hydrated is certainly very important because when you do tend to dehydrate you also tend to concentrate your urine.  You alter the pH of your urine.

You actually, I suppose, make it more conducive for the pathogens to take hold.  And I would certainly consider a supplement, so a probiotic supplement at least, to at least help to address what might be a dysbiotic problem.  And I think we live in a world now where it’s [indecipherable 0:12:14].  We know enough about probiotics to at least know that it’s a worthy consideration as part of maintaining health to at least have it occasionally as just a supplement, getting the good bugs into us.

Katherine: Right.  Lots of good advice.  Thank you so much for your time today, Danny.