ORILISSA for the Management of Moderate to Severe Endometriosis Pain 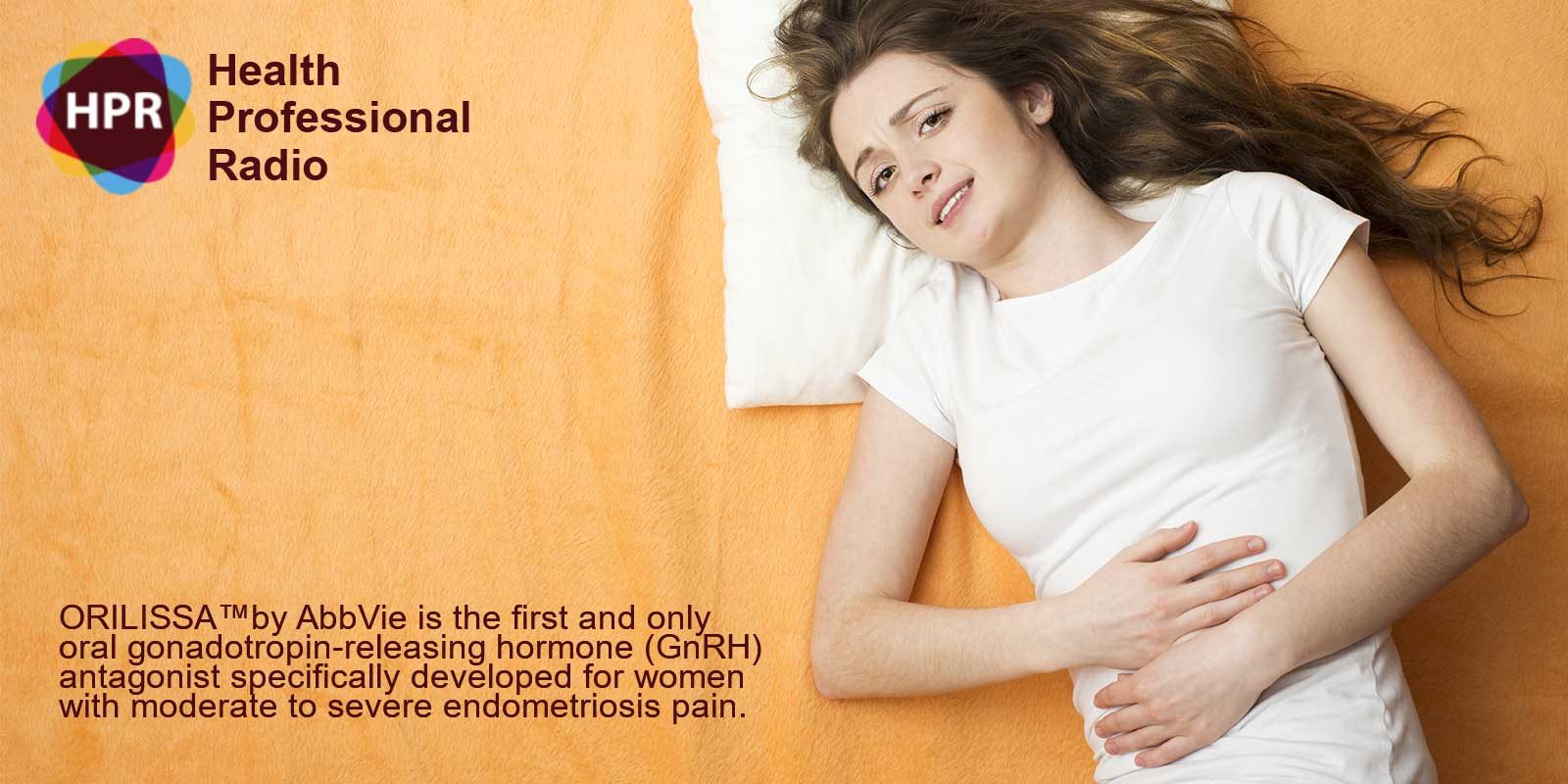 Eric Surrey, M.D., is a Board Certified Reproductive Endocrinologist who currently serves as Medical Director of the Colorado Center for Reproductive Medicine in Lone Tree, Colorado. He is Past President of the Society of Assisted Reproductive Technologies and the Society of Reproductive Surgeons. Dr. Surrey has written and lectured extensively on infertility, endometriosis and multiple aspects of the assisted reproductive technologies including their relationship to reproductive surgery and the management of the poor responder. He is the lead author for elagolix extension data in Obstetrics and Gynecology.

Neal Howard: Welcome to Health Professional Radio. I’m your host Neal Howard, glad that you could join us here on the program today. I’m in conversation with Dr. Eric Surrey, he’s a reproductive endocrinologist at the Colorado Center for Reproductive Medicine and he’s joining us here on the program today to talk about ORILISSA™ – it’s a new treatment for women with moderate to severe endometriosis pain. Welcome to the program Dr. Surrey, how are you?

Neal: Well just a brief background about yourself and explain to our listeners what endometriosis is.

Dr. Surrey: Sure. Well endometriosis is a … disorder for women, seems it’s about 10% of women of reproductive age in the United States have it and it classically presents itself with one of three symptoms which is severe pain with periods, other non period related pelvic pain and pain with intercourse. It also can be associated with infertility as well.

Neal: So it only impacts women who are of reproductive age, nothing before that or in menopause?

Dr. Surrey: Well it would be very rare to have a girl who hasn’t had her period yet to have these symptoms, it’s certainly been reported. There are rare cases of postmenopausal endometriosis but the average age of diagnosis is about 28.

Neal: So if left untreated, does it just become worse? Does it morph into something else? Obviously it becomes more severe but what is that process if it’s left untreated?

Dr. Surrey: That’s a great question because the intuitive answer that you’re suggesting, we don’t know how and whom it progresses and whom it doesn’t, whom it regresses because the only way to know that would be to do serial surgeries on folks without touching the disease and now there’s a rare study that looks at that and it does seem that it progresses in about a third of women but it will also regress on its own. So unlike a cancer, for example, where you’re just assuming it’s going to get worse over time – this doesn’t necessarily do so. But what’s interesting about this disease unlike many others is the nature of the symptom, the severity of symptoms don’t really correlate with how much disease someone has. You think the symptoms are very bad, there’d be a lot of endometriosis but that isn’t necessarily true. In terms of morphing into something else, there are rare cases. Women with endometriosis particularly in the ovary are a little higher risk of developing a more unusual type of ovarian cancer called endometrial carcinoma of the ovary.

Neal: And is that something that is generally uncomplicated to treat? Or once she’s developed that type of cancer, are we looking at some serious recovery time and/or surgery?

Dr. Surrey: No, that is definitely a difficult cancer to treat. It’s a rare one and occurs in menopausal women. The treatments that we’ll be talking about today do not have impact on that malignancy, it’s just an uncommon complication of this disease.

Neal: What are the traditional treatments for endometriosis before we start talking about ORILISSA™?

Dr. Surrey: Sure. I mean it kind of breaks down and I’m taking infertility out of the picture for a moment, but it breaks down in two ways. One are medical treatments, the other is surgical and the classic surgical treatments would be laparoscopy, looking into the belly and either removing or ablating these little implants and the implants are classically called powder burn lesions. They almost look like that the results of a shotgun blast, those little dark implants of the belly. And the other approach is our more dramatic surgeries, things like hysterectomy which may be appropriate for certain patients that have completed their childbearing a little older but certainly that would be a first-line treatment. The medical therapies that have been used for quite some time, actually birth control pills are pretty much a standard first-line treatment because they will suppress hormones, the so called NSAIDs or non-steroidal anti-inflammatory drugs are often given with them. The other drugs that have been out there, various types of synthetic progesterone given asshots or orally, or as an IUD and a drug that’s been around now for about twenty years that GnRH agonists which are kind of turn-off of ovarian function have kind of become the gold standard since I’d fare around 1992 or 93.

Neal: What do you think are the biggest implications for ORILISSA™ being approved? And before you answer that question, how does this new treatment work as a breakthrough in this particular medical space?

Dr. Surrey: Sure. Well first it’s a first world drug that’s been approved for endometriosis since I think over 10 years so it’s just in and of itself that’s a breakthrough. It could just kind of tells us how stagnant we’ve been in this regard. It works in a fascinating way, it’s an oral agent such as tablet and it basically, not to get too overly scientific, but it inhibits receptors in the pituitary gland for certain hormones. So what the net impact of that is is there’s no stimulation to the ovaries so it sort of reversibly turns off ovarian hormones. Why is that important? Because the disease endometriosis is fueled by estrogens. So if you take away estrogen, you take away the fuel to the disease.

Neal: Are we simply treating only the pain or as you say, it shuts off ovarian function so everything having to do with the ovary is shut down which shuts down the pain as well?

Dr. Surrey: Well what’s interesting with this product is it’s dose dependent. So think of the old drug, the GnRH agonist, is like a light switch, it just turns things off. Think of this drug more like a rheostat so that you can have varying degrees of suppression because one of the downsides

of having very low estrogen are the symptoms of menopause – hot flashes, bone loss. And this drug has the ability or the physician to be more flexible in their dosing so it doesn’t have to totally shut off estrogen. We think there’s a sweet spot at which you have enough estrogen to take away a lot of these side effects but it’s lowered enough to prevent stimulation of endometriosis, if that makes sense.

Dr Surrey: Well I think their website abbvie.com will be able to direct them to ORILISSA™. I think particularly for Obstetricians and Gynaecologists, there’ll be a lot of information that’s available because it’s just so exciting to have something new in your armamentarium that wasn’t available before and people get excited about it.

Neal: Well Dr. Surrey again, thank you so much for joining us today on the program.

Dr Surrey: Thank you for letting me join you.

Neal: For more information you can visit orilissa.com and another website is www.abbvie.com. You’ve been listening to Health Professional Radio, I’m your host Neal Howard. Transcripts and audio of this program are available at hpr.fm and healthprofessionalradio.com.au