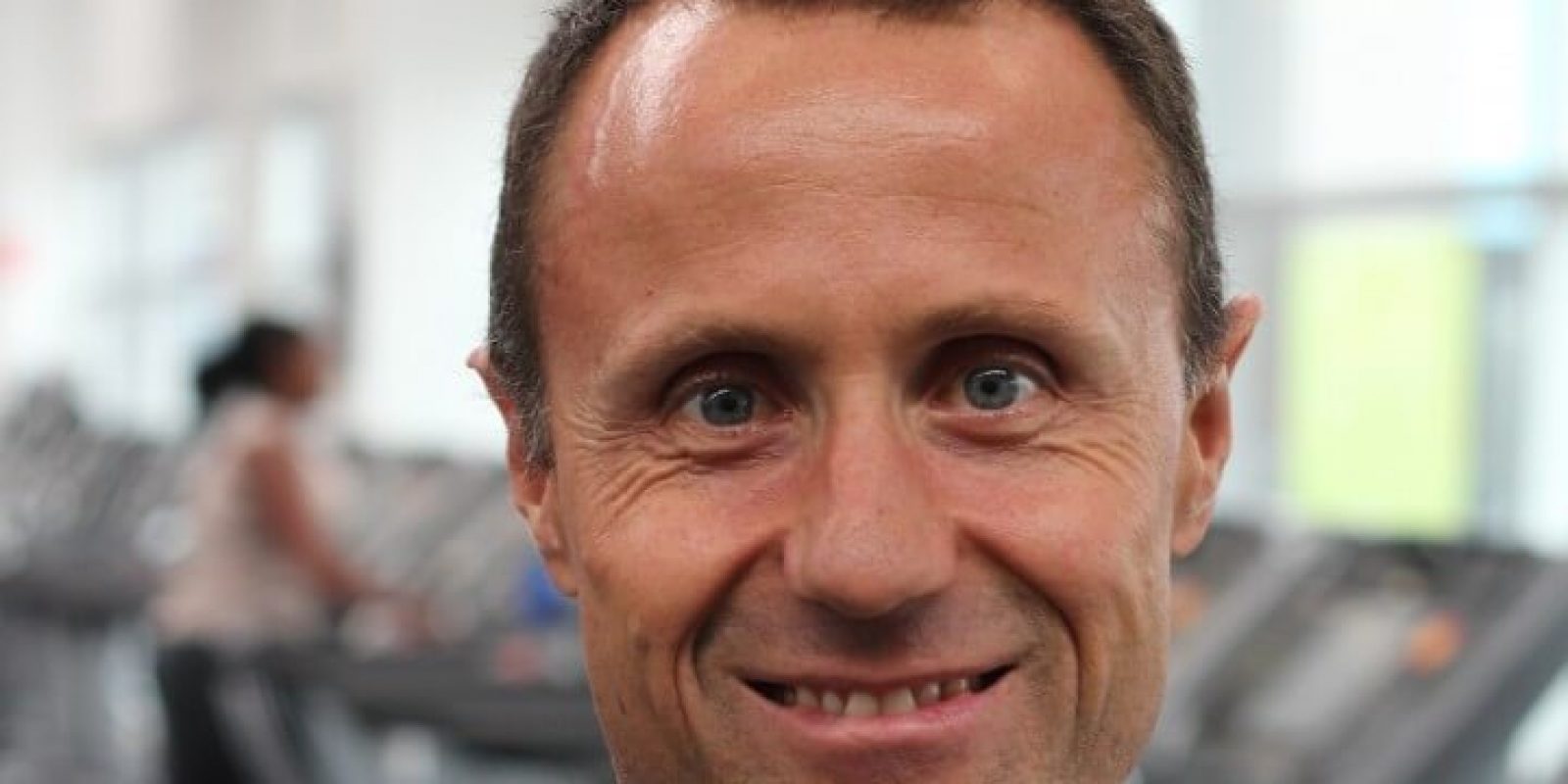 Guest: Stephen Eddey
Presenter: Wayne Bucklar
Guest Bio: Stephen Eddey is the Principal/CEO of Health Schools Australia (The International College of Complementary Medicine), where he overseas seminar programs, course structures and the college administration. During his time at Metagenics, Stephen Completed a Bachelor of Complementary Medicine (Charles Sturt University) and a Masters of Health Science (Southern Cross University). Stephen also wrote many publications for Metagenics and also was a contributor to the writing of many practitioner only seminars with the company.

Segment overview: In time for Men’s Health Week, we are joined by Stephen Eddey to talk about ‘Man Flu’. Let’s listen and get valuable information on what exactly is Man Flu, how to avoid it and what to do when you have it with the help of Olive Leaf Extract. Learn great tips in keeping healthy and flu free during this winter season from Stephen who is a trainer of 1,000 Naturopaths and Nutritionists each year to talk about his tips for fighting the coughs, colds and the flu.

Stephen Eddey: Thank you Wayne. It’s a pleasure to be here.

W: Now Stephen, I understand that “man flu” is upon us.

S: (Chuckle) Yes, it is. Man flu is upon us, Gee I’m gonna be booed here but the flu does affect men pretty badly and women as well. There was a contentious article written many years ago about how the flu affects men worst but I don’t want to go into there, I just want to say “Let’s talk about man flu.”

W: Now if you ever get rounded during research on Man Flu, ring me up because I am a very badly affected man when it comes to man flu. I’ll just have to lay around for days and days and days and have other people bring me pots of hot chicken soup.

S: And you’ve made a very important distinction between flu and cold. There’s the “influenza virus” which is the one we laid up for days and days and days and there’s the cold get the runny nose, the sore throat but you’re going to work and you’re still spreading the love with the infection with everyone else. So there’s the two different types of infection that we’ve really got to combat this winter.

W: So Stephen tell us now about this winter, because I understand it’s the cold and flu season. Make the distinction for us and tell us what’s happening.

S: Sure. “Cold and flu” season is usually accompanied by winter because winter, lots of things happen to humans in winter. The cold weather can suppress immune system, that’s the first thing. But the second thing is we live our lives differently, in other words we don’t go and get a lot of vitamin D from the sun. We tend to close the windows and everyone’s trapped. We’ve got air conditioning that circulates micro bugs and all this sort of stuff. So we are more prone to colds and flus during the winter for these very reasons.

W: Now that business of air conditioning recirculating thing, is that why I end up with a cold every time I fly?

S: Yeah. But when you fly, well very close to a lot of other people for a long period of time, hours. Even last night I flew in from Sydney and that was an hour and half and that was you know long enough to be exposed to whatever was on the plane. So I mean you can’t avoid that, I sit next to a gentleman and that was it, that was my ticket there’s no way out it. The only thing we can do ourselves to protect against this is to – boost our own immune system.

W: Now I understand that there’s some research around that deals with how you go about doing that. Tell us about that.

S: Exactly. One of the great products for boosting our own immune system is Comvita freshly picked olive leaf extract and that’ a wonderful powerful agent. It’s pretty powerful, it’s actually 400 times more, it has more antioxidant power than vitamin C. So it’s 400% higher than vitamin C which is absolutely very, very powerful and in this has been traditionally used in western herbal medicine for years to support the immune system. And what the immune system does of course is that those little white cells that kill the viruses and bacteria that invade our body and make us sick and give us some Man Flu.

W: Now lots of our audience are clinicians, both doctors and nurses.

W: Explain to them what the research has done in I guess in a more technical way for those people who’ve got a good understanding of the immune system.

S: Yeah, absolutely. If you think about olive trees, their leaves have very powerful defense mechanism that enables them to fight incredibly, well, for resistance of infectious bugs that may attack them when they’re plants from pest for example and drought. And what they found using what we call HPOC or in other words scientific analysis, that some of the universities in Australia – Southern Cross University of my masters actually – they actually have found that there are clear components in this olive leaf extract that have immune boosting properties. And when you boost the immune system of course that fights all sorts of things – that fights viruses, bacteria, fungi, those sorts of infection. That has a very broad action on the body and the beautiful thing when you compare this against say like an antibiotic, an antibiotic specifically kills bacteria. But when you boost the immune system, the immune system is a living organism that can adapt and grow in different areas and adapt a certain infection so it’s a very, very effective way at preventing and treating colds and flus.

W: I see. And this is a translational research, I guess rather than anything else where this compound has been identified and found to be a useful in the circumstance?

W: Now this I presume is something that you don’t have to go out and chew your hand full of freshly picked olive leaves. There’s a compound for this, I imagine.

S: It is. And that’s why a Comvita’s olive leaf extract is particularly good. Because they pick it and I, it’s a good story to this actually pick it first thing in the morning at sunrise and it’s bottled by lunch time and that captures the broad spectrum of naturally occurring compounds. And by capturing those compounds they actually also bottle it and flavor it so it actually tastes quite good. I take olive leaf extract and it’s pleasant to take out there amongst leaves so of course you can if you want but I’d rather people have a nice taste in medicine.

W: (chuckles) It bought to mind the pictures of Mediterranean olive grows with the goats munching on the trees. They never get the flu, they’re always healthy so maybe that’s where the answer is.

S: I’ve never seen a goat with a thermometer out of its mouth.

W: That’s true. I’m very pleased that both of us have a better understanding on researching this.

W: If you’ve just joined us, you’ve been listening to Health Professional Radio. We’ve been having a conversation about olive leaf extract and man flu with Stephen Eddey. Stephen Eddey is the Principal of Health Schools Australia and joins us this morning to talk about boosting immune systems with olive leaf extract. Now what would you say to the cynics out there Stephen who is saying “Yes, yes, yes, but you can’t bit a couple 100 mgs of erythromycin or something.”

S: Yeah. Well erythromycin is like any antibiotic, it doesn’t kill bacteria and if we’re talking about flu, flu is abbreviated for “influenza virus” which means it’s a virus. So any antibiotic in the world can’t treat viruses. The only thing can kill viruses, well the best thing to kill virus is to take virals out there of course but of particularly flu, there is no treatment for flu – it’s to “boost the immune system.” And the immune system then goes out and does the work with this foreign and they can kill viruses because it boosts part of the immune system called “macrophages” which is engulf virally infected cells and kill them. So that’s why erythromycin and all those other antibiotics aren’t useful when you’ve got a flu. And doctors know this and doctors don’t prescribe antibiotics for colds and flus anymore because of this very reason.

W: So the season is upon us and rather than go an harass your doctor or if you are a doctor rather than reaching for the antibiotic bottle which you know won’t be any good for a virus, Olive leaf extract I guess health food shops and pharmacies?

S: Absolutely. The one that’s freshly picked is the one you’ve got to go for. And there is a brand called Comvita which is a great brand that has … they pick in the morning, it’s bottled by lunch time. It’s very fresh and that’s why I love about that particular product so it’s very good and it boosts the immune system so if you’ve got sort of any sorts of infections, this can be very helpful.

W: And if you are listening to us this morning and you are a man and you are suffering from man flu, do remember for next year Olive leaf extract well before the season starts.